A recent report by the Wall Street Journal found that many top-tier academics of Chinese descent who hold positions in American universities are considering leaving the country over increased escalations between Beijing and Washington. The paper found that 1,400 US-trained Chinese scientists traded their American affiliation for a Chinese one in 2021, and that 40% of Chinese scholars at top research institutions like Harvard and MIT might leave.

Among the main reasons cited by the people who spoke to the WSJ were fears of government surveillance, such as the Trump-initiated FBI “China Initiative” that targeted people of Chinese origin over alleged “economic espionage,” and rising hate crimes against people of Asian descent. Considering the former was essentially a nothingburger that descended into a McCarthyite, racially motivated attack on people of Chinese heritage, both of these have to do with racism.

And that vitriol is prompting a reverse brain-drain, by which experts of Chinese heritage are going back to China for better opportunities. A lot of these people, the paper found, work in strategically important areas for the US military-industrial complex. This poses severe challenges for Washington’s future outlook in a competitive global geostrategic environment with Beijing. 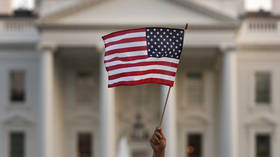 US may take action against Chinese tech sector

What’s important to note is how dependent highly skilled sectors of the American economy are on immigrants. According to a 2013 report by the Immigration Policy Center, from the years 1995 to 2005, over 52% of startup companies in Silicon Valley had at least one immigrant founder. Think of people like Elon Musk and Sergey Brin, who were instrumental in founding Google and PayPal during that time.

Meanwhile, the US is heavily reliant on foreign-sourced talent, and there is a lack of funding for education, as well as a lack of universal higher education – unlike many of its high-income peers. This means the US can’t fill these gaps domestically. In fact, National Security Advisor Jake Sullivan quoted First Lady Dr. Jill Biden as saying that “any country that out-educates the United States will outcompete the United States, and that is a fundamental national security issue.”

The US actually acknowledges, at the highest levels of government, that its lack of skilled candidates in in-demand fields is “a fundamental national security issue.” To the Biden administration’s credit, they did shut down the China Initiative and have signed bills designed to curb the nationwide surge in anti-Asian hate crimes. But it’s unclear whether these are actually helping to the desired degree.

Indeed, while President Joe Biden’s early tenure did improve America’s image compared to the Trump years, a Morning Consult survey found that most of the surveyed countries don’t have romantic views of Uncle Sam anymore. Notably, China had a 74% unfavorability rating.

A May 2021 feature by Chemical & Engineering News already hinted that Asian scientists were ditching America because of unfair treatment by the US government and because of hate crimes. The publication noted that experts of Asian heritage in this field are the “cornerstone of US chemistry,” and that their departure would hurt Washington’s competitiveness indefinitely.

Despite the overt nature of the China Initiative and street violence against Asians, one very important thing that is hurting China’s view among people of Asian descent and especially Chinese people is Washington’s erratic foreign policy. It’s actually that piece that is the antecedent of all the other things that are driving talented Chinese immigrants away. 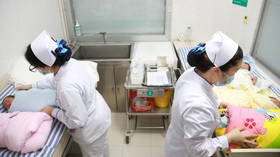 If the US did not have a hostile foreign policy against China in general, there would not be racist federal investigations against people of Chinese heritage nor would there be a media machine pumping out hatred against the Beijing government and creating fertile ground for surging hate crimes. All of these things are connected: foreign policy, general attitudes toward diaspora communities, and institutional biases.

And we have seen how American society repeats these same cultural genuflections depending on the enemy of the day. During the Cold War, there were offensive and caricatured views of Eastern Europeans and, during the height of the War on Terror, there were these same attitudes toward people from Muslim-majority countries. Each of these points in history had attendant discrimination and hate crimes against their respective diaspora communities in the United States.

Now, Asian people are being targeted thanks to the new Cold War on China. Except, this time, with the decline of the US, coupled with China’s meteoric rise, the ball is in the Chinese community’s court to decide where to leverage its talent. This is, ironically, hastening Washington’s nosedive into the trash can of history. If the US wants to do anything to change this, it would require changing US foreign policy vis-a-vis China.