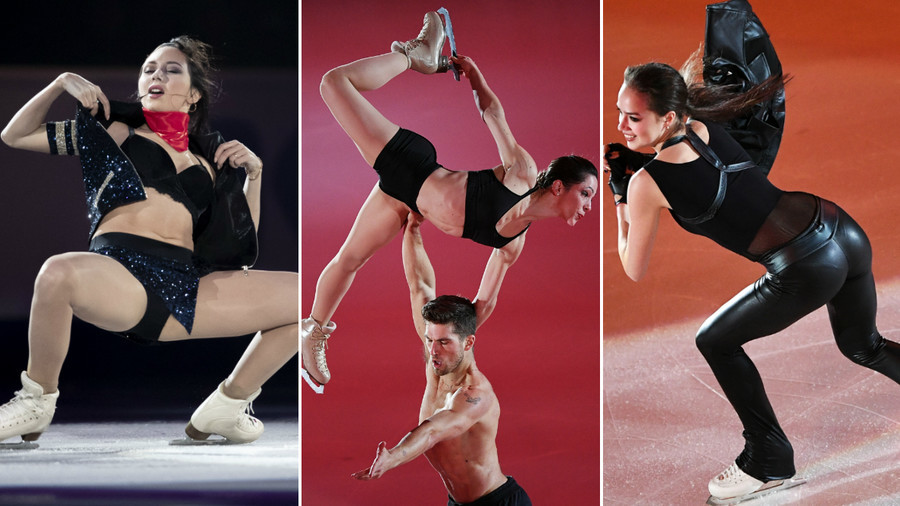 Along with posting maximum points under a newly-adopted scoring system, world-leading skaters are also producing increasingly risqué exhibition routines to captivate the crowd.

Russian talent Elizaveta Tukmatysheva appears to have started the trend, stealing the show after her stunning victory at the Skate Canada event with a racy performance to the tune of Britney Spears’s ‘Toxic’. 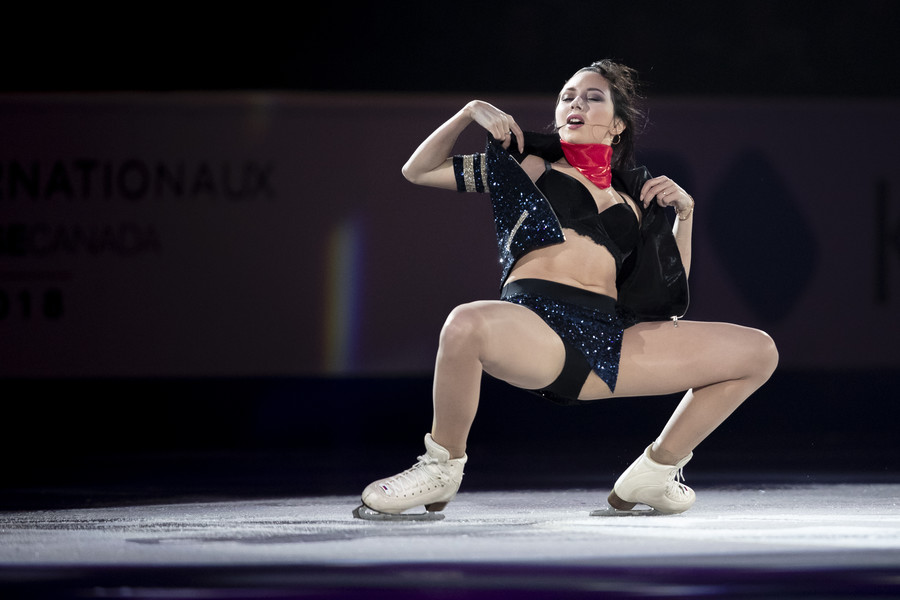 Not satisfied with merely pulling off an immaculately-landed triple axel during the main event, the 21-year-old stripped off her flight attendant jacket during the Gala Show, showing off her black lingerie and sending the crowd into meltdown.

Tukmatysheva’s daring dance set off a social media bomb, with many skaters copying the provocative part of her routine under the hashtag #TuktikChallenge.

The undressing trend was demonstrated again last week at the Grand Prix stage in Finland, where Russia’s reigning Olympic champion Alina Zagitova was in the spotlight.

The 16-year-old star took on the role of video game heroine Lara Croft in her exhibition performance, skating in a skin-tight black costume to the Tomb Raider soundtrack. 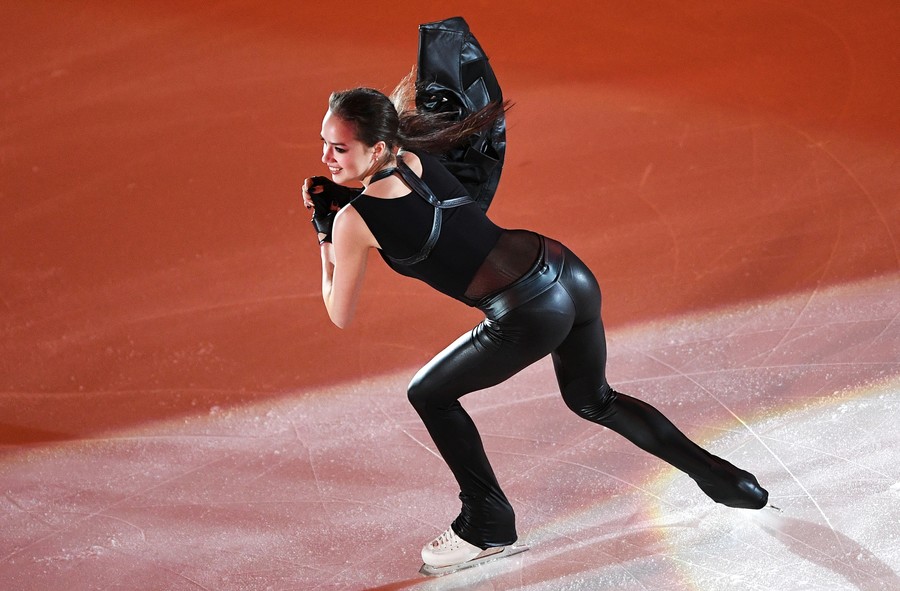 In the middle of her routine Zagitova unzipped her leather jacket before casting outside the advertising boards. 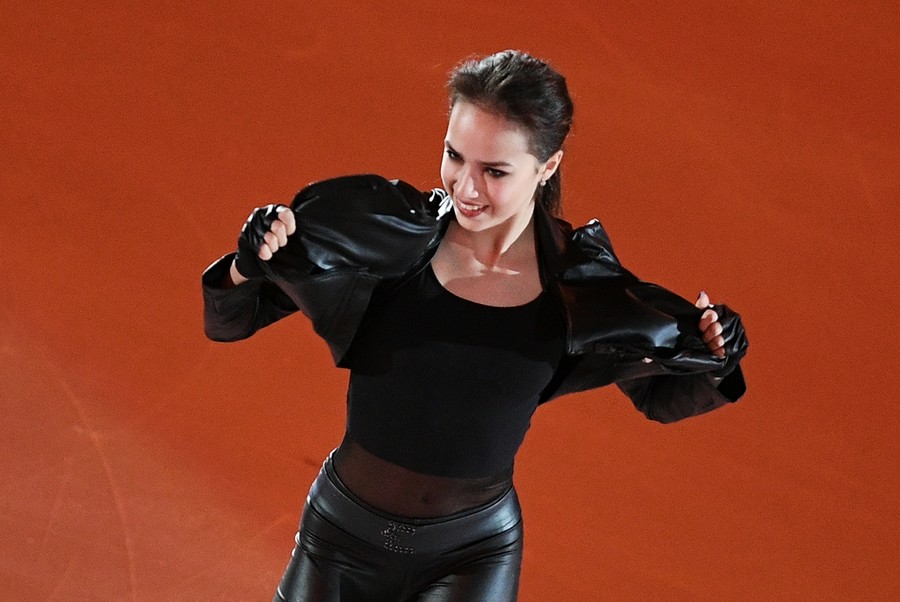 Italian duet Nicole Della Monica and Matteo Guarise continued the “stripping trend” by appearing on the ice in boxing robes, which they effectively pulled off during their exhibition dance to be left skating in nothing but their black underwear. 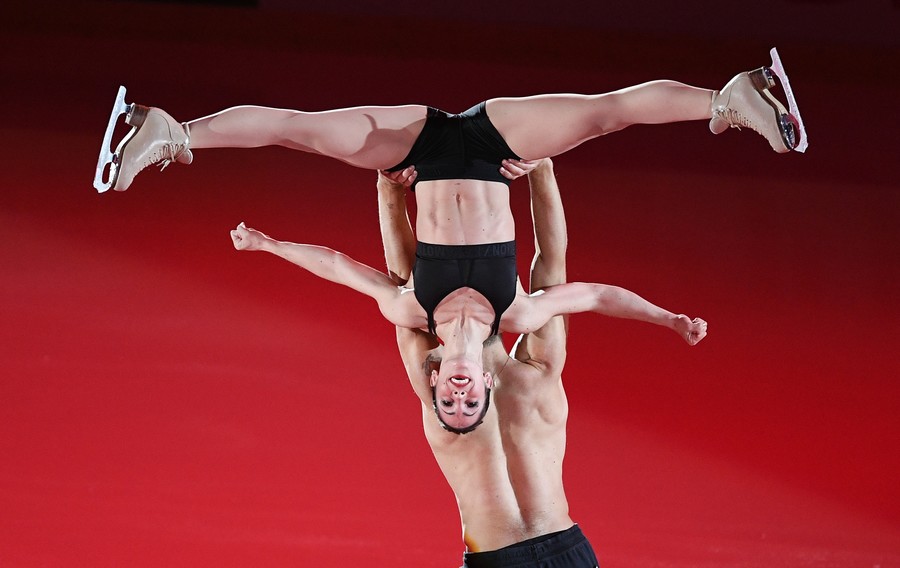 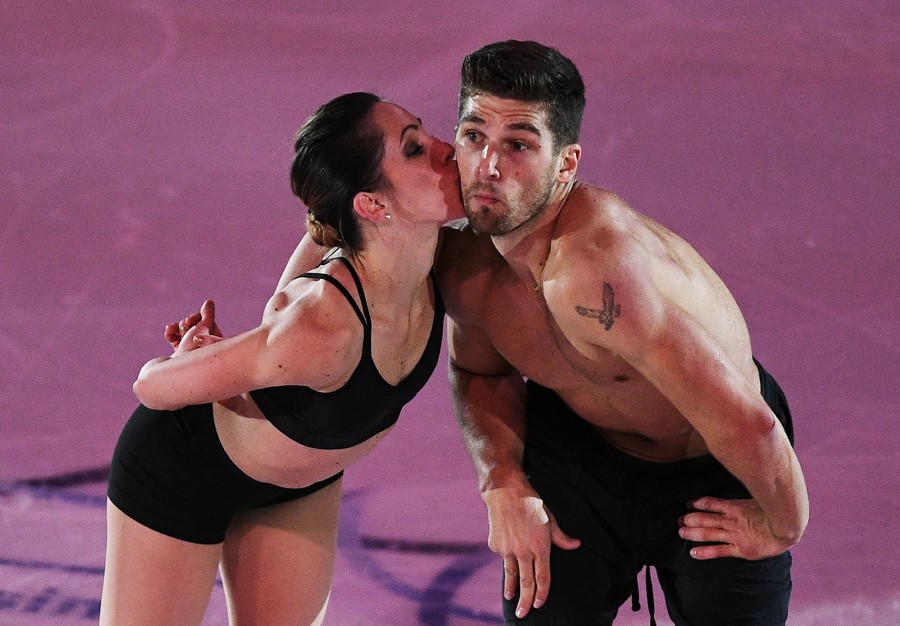 The 2018 Winter Olympics in PyeongChang was not without its own stripping elements – albeit unintentional – as ice-dancing silver medalists in Gabriella Papadakis and Guillaume Cizeron of France suffered an embarrassing mishap during their short program, when Papadakis’ top came unhooked, exposing her left breast. (RT)