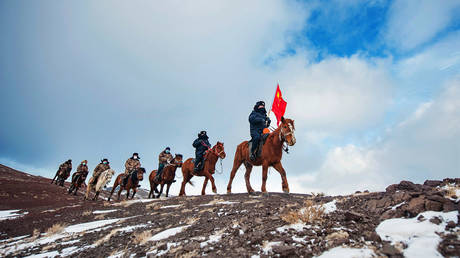 Beijing and Moscow can lead a kickback against the West dictating to the rest of the world By Ivan Timofeev, Valdai Club Programme Director & one of Russia’s leading foreign policy experts.FILE PHOTO: Mounted policemen and border guards patrol on the ridges in Mulei county in northwest China’s Xinjiang Uygur Autonomous Region. © Feature China / Future Publishing via Getty Images

The experience of the erstwhile Golden Horde, as of many other empires, suggests that directives lose meaning when the mass of players ignoring them becomes critical. Thus, while today’s Western hegemony still retains a large amount of control, the resistance of major players like Russia and China could gradually undermine its dominance.

The modern policy of sanctions is to some extent reminiscent of the management practices of the Golden Horde. One of its elements was the system of directives – orders, instructions, and permission issued by the Khan to his subjects and vassals. We remember well from the history books the principles for reigning, i.e. permission from the Khan to Russian princes to own this or that land. Orders were also issued to the clergy, exempting them from taxes or granting them other privileges. 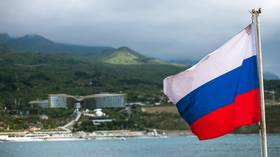 Ivan Timofeev: It’s about more than Ukraine, Russia is staging a rebellion against the West and its liberal world order

These were the tools of imperial policy, formalizing the Khan’s decisions in relation to the rulers or institutions dependent on him. It had a cross-border character, i.e. it was an instrument of governing a subordinate but alien territory. On the one hand, it was the possession of the Khan. On the other, it was a separate state unit. Historians have noted the influence of the Horde’s legacy on the formation of a centralized state built around Moscow. Historian George Vernadsky has pointed to this influence.

It would seem that it makes sense to discuss the Horde’s practices specifically in relation to Russia, pointing to the ‘Asian’ nature of its politics, its history of despotism, and excessive concentration of power. Such a narrative has been developing for centuries, in one way or another, among Russia’s western neighbors. However, some imperial practices appear to be universal. Today, they can be seen in US policy, and to some extent, in that of the EU. Russia itself has lost much of its imperial legacy, becoming even more so a nation-state than its Western rivals. This, of course, does not exclude a transition to imperial organization in the future under certain circumstances.

The characterization of the contemporary US and EU as empires poses two risks. The intellectual risk relates to the obvious differences between the empires of the past and modern political forms. In many respects, they are simply not comparable. Equating modern industrialized mass democracies to the oppressive and economically primitive empire of the Mongols will provoke resentment on the part of some and a condescending smile on the part of others. Normative risk is determined by American and Western European identities themselves. For all the differences between them, they are defined by their belief in the free organization of their political institutions, which exclude coercion by force. Their political communities are organized voluntarily, unlike the empires of the past, which were managed through violence and coercion.

The American and Western European identity is based on the idea of the superiority of the political organization they have created. It appears to be the fairest in terms of equality of rights as well as the freedom of citizens within the social contract. ‘Significant others’ for such an identity are both the despotisms of the past and some modern states that are believed to be autocracies. These include, above all, Russia and China. The supremacy of capitalism and the market is also part of the Western identity. It is contrasted with unfree economies in which the state plays a key and directive role. From a normative point of view, to call the US and EU empires would almost be a political provocation.

Still, such an experiment seems justified, all the more so because there are certain intellectual achievements behind it. Among others, one may recall, for example, Michael Hardt and Antonio Negri’s ‘Empire’. The experiment is based on two assumptions. The first is that in contemporary international relations, inequality and hierarchy persist as a result of differences in power, economic, and human capabilities. The second is that voluntary organization does not preclude coercion and domination. The softness of politics compared to the empires of the past hardly means the absence of coercion and domination per se.

Moreover, the democratic structure of individual states does not preclude coercive relations between them, let alone with other states.

In the 20th century, the US was indeed able to create a unique international community that could be called a ‘soft empire’.

At its core, it undoubtedly contained an instrument of force and coercion. It was shaped by the outcome of the Second World War, in which the US – together with its allies – defeated and then occupied a number of major states (Italy, Germany, and Japan). However, the economic, technical, and financial supremacy of the US turned out to be much more important. America became the most important source for the reconstruction of post-war Western Europe and Japan, which later became major economic players. 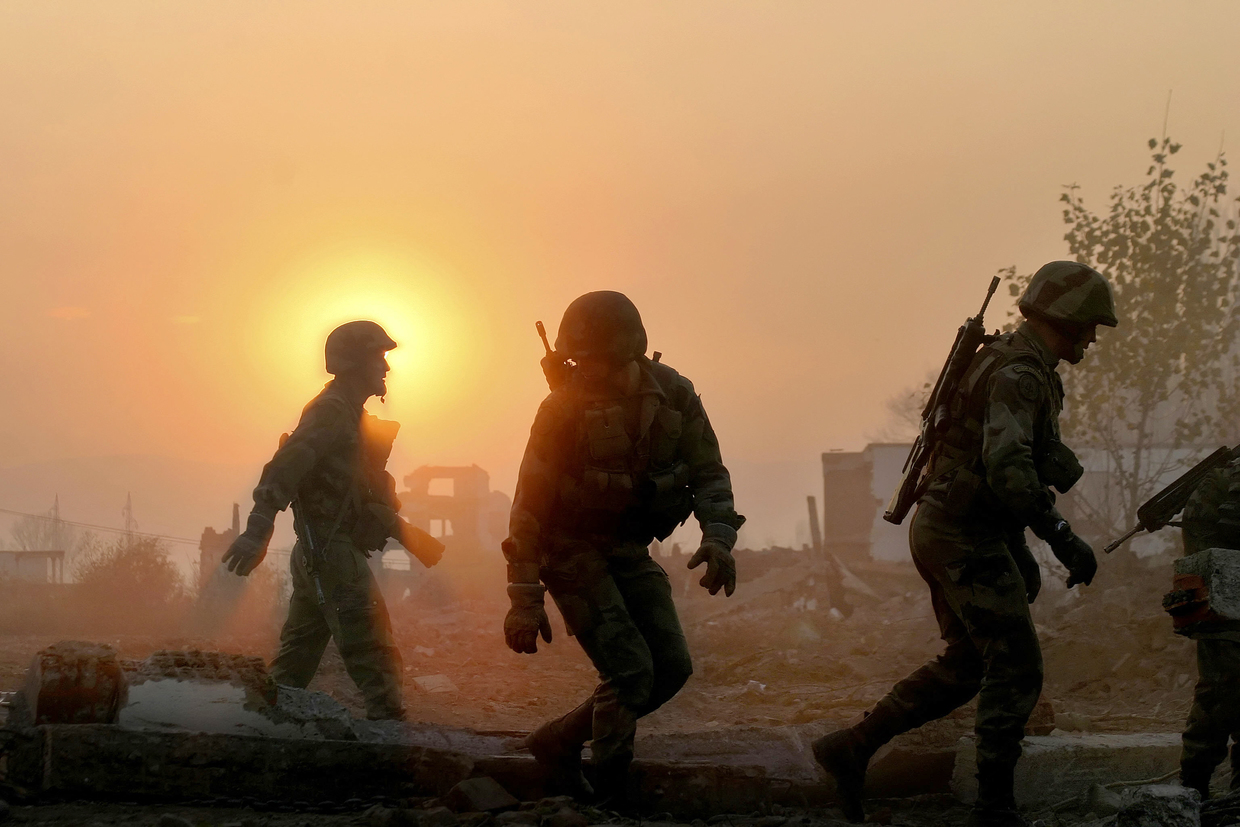 French peacekeepers of the NATO-run mission in Kosovo clear rubble in the ‘Roma Mahalla’ in the south of the ethnically-divided town of Kosovska Mitrovica in the north of Serbia’s disputed province of Kosovo. © Ermal Meta / AFP

The US not only did not impede their development, it also benefited from it. During the Cold War with the USSR, a system of Euro-Atlantic community was formed in which the US dominated both militarily and economically, avoiding excessive control and coercion. Such diktat, by contrast, was characteristic of the USSR’s relations with its allies in Eastern Europe, with the Soviet economic base proving to be markedly less than that of the US and its Western European allies.

Read more:   Astronomers reveal 'surprising' massive cluster of 'ancient' stars at the heart of our galaxy

The differences in levels of coercion between the Western and Eastern blocs during the Cold War allowed its presence to be downplayed at the ideological level in the ranks of the former and exaggerated in the ranks of the latter. The film epic Star Wars in the late 1980s became a kind of archetype for mass consumption, illustrating the differences between the two systems.

Victory in the Cold War and the collapse of the Soviet bloc can be considered the pinnacle of the development of the American ‘soft empire’, and the globalization that gathered momentum in the late 20th and early 21st centuries was its peak.

In Western Europe itself, a ‘soft empire’ emerged, fundamentally different from, but closely linked to, the US. It was not based on military and political coercion. Formed on the basis of economic integration, the EU created its own ‘universe’ based on common standards and rules of the game, voluntarily adopted by its members. However, over time, the ‘European project’ began to acquire a political component. Until now, it has been negligible as a politico-military player, remaining a junior partner of NATO. However, the power of standards, rules, and bureaucracy ensures – within the EU and in the orbit of its economic influence – a relationship of power and coercion no less effective than the use of force.

The US retains its role as the world’s financial leader. The US dollar is a convenient and efficient instrument of international payments. The EU is a major market and the euro also plays a prominent role in international finance. Of course, the humanism and ‘softness’ of Western ‘empires’ has had its limits. Where the use of force was possible, it was used quite harshly. The experiences of Yugoslavia and Iraq showed this. But in the case of Iran, any aggression meant the prospect of much greater losses. The use of economic measures made sense as a cheaper but rather destructive technology of power. 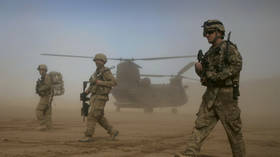 Dmitri Trenin: Russia cannot afford to lose in Ukraine, but neither can the US – is there a non-nuclear way out of the deadlock?

Economic sanctions can be considered a key power technology of today’s ‘soft empires’. The US is far removed from the rest of the world in their application, although the EU also applies them, and the UK introduced them into its independent foreign policy system after Brexit. The globalization of dollar settlements allows US financial authorities to monitor transactions around the world, restricting them where they conflict with Washington’s political interests. In a global economy and a US-centric financial system, blocking US sanctions is likely to mean major losses or even collapse for a major company with any international activity. Hitting systemically important exporters with blocking sanctions can cause enormous economic damage to individual economies, as the experience of sanctions against Iran, Venezuela, and Russia has well demonstrated.

The use of secondary sanctions, as well as fines and criminal penalties for violations of US regulations, has disciplined businesses regardless of their country of origin. For example, the Chinese authorities condemn US sanctions, but Chinese companies are forced to take them into account and generally avoid violating them for fear of financial losses and loss of the US market. Until February 2022, large Russian businesses were also careful not to violate American sanctions regimes, even though official Moscow opposed their application and Russia itself was under a number of restrictive measures. Western European business has been hit hard by US penalties and complies with US regulations, despite grumbling from Brussels. The EU itself is actively developing its toolkit of restrictive measures.

Today’s sanctions policy is also giving rise to a reincarnation of the practice of issuing directives. By imposing restrictions in one area or another, the US Treasury can, for example, issue a general license authorizing certain transactions. Similar permissions are possible in EU policy. Two recent examples illustrate the practice of rules in relations with Russia.

The first example is the situation with food exports. Formally, the US has not imposed an embargo on exports of Russian grain, fertilizers, and agricultural products. However, a number of Russian agribusiness assets came under blocking sanctions. Fearing secondary sanctions and penalties amidst extensive financial and economic sanctions on Moscow following the outbreak of the military conflict in Ukraine, foreign banks have refused to carry out transactions involving exports from Russian suppliers.