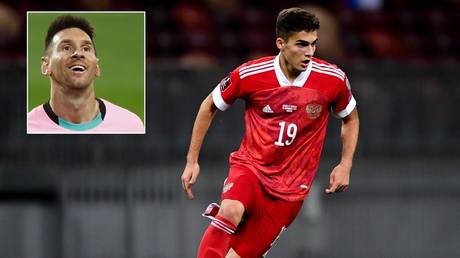 A Russian football insider has claimed that Barcelona are keen on a swoop for 18-year-old Russian sensation and multifunctional midfielder Arsen Zakharyan, who currently plies his trade for Dynamo Moscow and the national team.

Russian pundit Nobel Arustamyan has claimed that the Catalans are interested in the youngster after his impressive performances at the European U21 championship and a strong debut for the senior national team which “did not go unnoticed”.

Barca scouts have allegedly flown to Moscow to watch him in action for Dynamo “several times” and were “pleased with what they saw”.

Zakharyan has a maturity which belies his age. © Sputnik

Because of this, they are said to be ready to “negotiate with both Dynamo and the player himself” in the coming weeks, with a view to Zakharyan possibly arriving in La Liga in the summer of 2022.

Currently priced at €12 million ($14.2 million), the prodigy’s release clause will reportedly rise to €15 million ($17.8 million) at the start of next season with Club Brugge, Sassuolo and RB Leipzig – to whom Barca recently lost Ilaix Moriba – also interested in his capture.

46 – @fcdynamo 18-year-old Arsen Zakharyan has been involved in 46 shot ending open play sequences in the RPL this season, at least six more than any other player in the league. Vital. pic.twitter.com/tfM2y2hOE3

Elsewhere, however, while it is said that Zakharyan plans to finish the current Russian Premier League term at Dynamo, his father protests to know nothing about an approach from Lionel Messi’s former employers.

“I haven’t heard any such news yet. I don’t want to say anything yet, you know” insisted Norayr Zakharyan to Sport24.

“No noise [is] needed. Now is not the time. The time will come, God willing, we’ll see.”

Likewise, the youngster’s agent also suggested he was none the wiser.

“We have no official information. Maybe they [Barcelona] contacted Dynamo, but they didn’t come to us. Many clubs are interested in Arsen, but no real documents have arrived, there are many calls about him,” said Pavel Andreev. 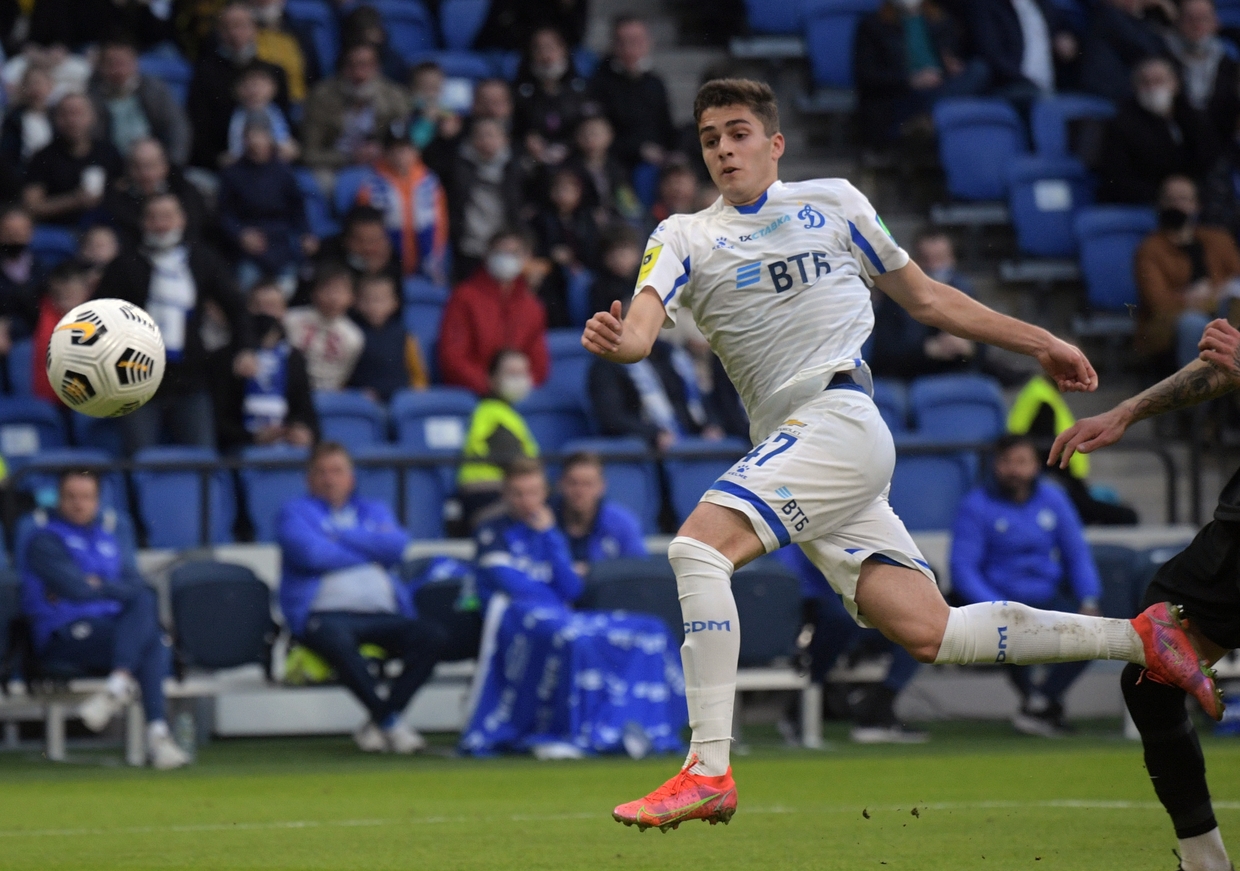 Zakharyan has caught the eye for club and country. © Sputnik

A multifunctional midfielder capable of playing a variety of positions in the center of the park or out wide, Zakharyan has scored one goal and notched two assists in the Russian top flight’s ongoing campaign, while earning two caps for the 2018 World Cup hosts.

By some scouting pages, he has been dubbed “the future of Russian football” and is the national team’s second youngest ever debutant.