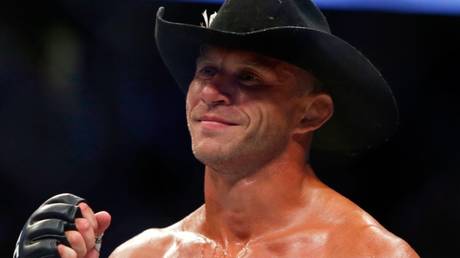 The UFC octagon arrives in Canada for UFC Vancouver, with a main event that would grace any pay-per-view main card slot anywhere in the world, plus a host of rising stars looking to make an impact on Canadian soil.

Here are our four key bouts to keep tabs on during another packed night of fights on Saturday night:

The most obvious selection in our list, when you consider the bodies of work both men have compiled already in their respective MMA careers, this five-round main event clash simply screams “entertainment”.

Cerrone is a record-breaker, a record-setter and one of the most beloved stars of the UFC, but the one thing missing from his resumé is a UFC championship belt. And if he wants any chance of getting one in the veteran stage of his career, he simply has to win on Saturday night against Gaethje, who has similar career aims of his own.

While Cerrone’s longevity and ability to keep winning inside the octagon is his calling card, Gaethje’s can be summed up in one word, violence. The former World Series of Fighting lightweight champion joined the UFC and has delivered some of the most thrilling contests of the last 10 years. His come-forward, devil-may-care fighting style hasn’t always been a successful one against the UFC’s top 155-pounders, but his top-level wrestling ability, coupled with his devastating leg kicks and murderous punch power, has made him one of the toughest assignments for anyone in the UFC’s lightweight division.

Some say that combination makes Gaethje the most dangerous potential challenger to current UFC lightweight champion Khabib Nurmagomedov, while the thought of Cerrone finally getting a shot at the lightweight belt would produce one of the feelgood stories in recent MMA history.

Whether either man could defeat Khabib, however, is a matter for another day. What happens this weekend is crucial to their chances of making it happen.

The UFC are also looking for an opponent for Conor McGregor’s long-awaited UFC return, too…

Brazilian veteran Teixeira just keeps on going in the UFC’s 205-pound light heavyweight division. While some counted him out after being viciously knocked out by Anthony “Rumble” Johnson back in 2016, Teixeira has rebuilt his career and remains one of the UFC’s top light heavyweight stars.

Standing in his way this weekend is a supremely-talented Ukrainian who hasn’t yet fulfilled his immense promise in the UFC. Krylov’s stock-in-trade is finishes – he’s never been to the scorecards in his entire mixed martial arts career.

There’s a fair chance we won’t need the judges for this one, either. Teixeira has heavy hands and slick submissions, while Krylov knows another stoppage victory will push him right into the thick of it at the top of the UFC’s 205-pound division.

Brazilian wild man Michel Pereira exploded into the UFC with a stunning finish of British star Danny Roberts to confirm his arrival as a spectacular threat at 170 pounds. The Brazilian missed weight on Friday’s weigh-ins, but his fight with Connelly still goes ahead, with 20% of the Brazilian’s fight purse going to the newcomer. (RT)