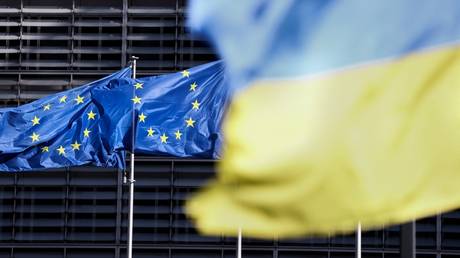 For the European Union’s leadership to recommend that the 27-member bloc votes to designate Ukraine as a candidate for eventual membership is like introducing your dodgy new fiancé to your parents, who fake-smile, knowing that the odds are low of you ever making it down the aisle as a couple.

Worse, it would be like you explaining to them: “I can change/fix him!” Meanwhile, you know that he’s a much less attractive partner than your previous ones with whom you failed to seal the deal.

Read more:   Why re-voting is 'dictatorship' in Turkey & 'unity' in EU

On the one hand, EU Commissioner President Ursula von der Leyen has praised the country’s potential, based primarily on projection and wishful thinking: “Ukraine has clearly demonstrated its aspiration and determination to live up to European values and standards.”

She made this proclamation on the same week that the Volodymyr Zelensky regime banned the country’s largest opposition party. But at least she acknowledged that the country would have to “carry out a number of important reforms.” 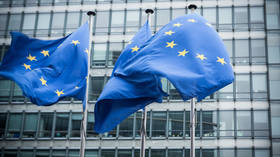 You don’t say! Perhaps not turning a blind eye to Neo-Nazis, or not folding them into the country’s military, would be a start. Even the US government-funded Freedom House considers “far-right extremism” to be “a threat to Ukrainian democracy,” citing shows of force prior to the current conflict which have gone “fully unpunished by the authorities.” According to the report, “Their activities challenge the legitimacy of the state, undermine its democratic institutions, and discredit the country’s law enforcement agencies.”

The West’s own role in arming and training Neo-Nazi fighters now serving in the Ukrainian army, should also be a hindrance to entering the bloc. So should rampant systemic graft. “Corruption could mean Ukraine loses a future peace,” wrote an Atlantic Council European specialist recently in Foreign Policy magazine. Other Western experts, including those at Washington’s CATO Institute, have highlighted the “whitewashing” of Ukraine’s corruption by the West.

French President Emmanuel Macron, before visiting Zelensky in Kiev with his German and Italian counterparts last week, acknowledged that actual membership would take “several decades.” As a consolation prize, Macron has suggested creating a sort of “kiddie table” for Ukraine and other potential EU candidate nations, which he calls the “EU political community.” Will there be balloon animals, face painting, and cartoons on the napkins at the club meetings?

So, Ukraine is definitely what you might call a “fixer upper,” but Zelensky would like for everyone to know that they’re already good to go. “We are proving daily that we are already a part of the European Union,” Zelensky said on Monday.