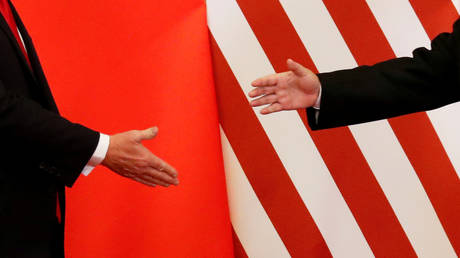 The limited deal between the world’s two largest economies was welcomed by the stock markets and international organizations, but there are concerns that the deal is far from flawless and lacks necessary details.

Washington and Beijing announced on Friday that they finally reached a “historic and enforceable agreement” on a phase-one deal that cancels looming tariff hikes, which were set to kick in on Sunday, as well as lowering some of the existing ones. 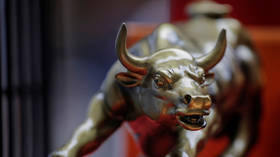 What’s in the deal?

The US will lower from 15 to 7.5 percent levies on approximately $120 billion of Chinese imports. However, 25-percent tariffs on roughly $250 billion worth of Chinese goods will remain in force. While China did not announce the elimination or reduction of existing tariffs targeting US imports, it agreed to boost purchases of American goods to $200 billion over the next two years, including agricultural imports critical for the US.

The deal also requires structural reforms from the Chinese side regarding intellectual property, technology transfer, agriculture, financial services, currency and foreign exchange, among other things.

‘Amazing deal for all’

Numerous trade groups, international organizations, and officials lauded the deal which could pave the wave to an end to the longstanding US-China trade war. The head of the International Monetary Fund (IMF), Kristalina Georgieva, said the move might “help to de-escalate trade tensions” and could be a step forward to a comprehensive deal.

We welcome today’s announcement by China and the United States on “Phase One” #trade discussions. When implemented, this will help to de-escalate trade tensions and begin to reverse some of the tariffs imposed by both countries since 2018.

On Saturday, US Treasury Secretary Steven Mnuchin told CNBC that not only will the US benefit from the “historic” move, but it will also provide a boost to global growth. Earlier, US President Donald Trump called the agreement an “amazing deal for all,” stepping back from his earlier threat to wait till the 2020 election to reach an agreement.

US stock indexes hit record highs during Friday’s session on the heels of the announcement, ending the trading day in positive territory.

Don’t rush to pop the champagne

However, not everyone shared in the optimism over Friday’s de-escalation. Goldman Sachs said the US tariff rollbacks are “only half as large as our baseline assumption,” according to CNBC.

“There is still some uncertainty regarding the status of this agreement, as it appears once again that some technical and legal details are still in flux,” Goldman Sachs chief economist Jan Hatzius said.

Democratic Senator Chris Murphy was also displeased with the deal, presenting his own quick calculations on Twitter. He said the US economy was short $10 billion due to Trump’s tariff maneuvers. He explained that Beijing is expected to purchase an additional $29 billion of farm products, while the levies took away $11 billion from US farmers, and taxpayers have dished out $28 billion in emergency payments for them.

An outbreak of a new coronavirus has spread to more Chinese cities, including the capital…

If the press is to remain relevant, it must reassert its commitment to truth and…