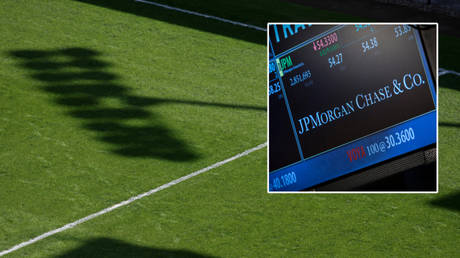 Is the proposed European Super League another symbol of the 'Americanization' of football? © Brendan McDermid / Reuters | © Action Images / Paul Childs via Reuters

Football finds itself in its deepest crisis in generations as the newly announced European Super League threatens to rip the game from its foundational institutions, but is this an inevitable symptom of profits trumping prestige?

Almost two decades ago, Russian billionaire Roman Abramovich created a new frontline in European football when he ploughed his millions into Chelsea Football Club. Prior to Abramovich’s cash injection, though, the London club’s future was hanging by a thread.

A last-day win in the 2002-3 season against Liverpool, guided by the mercurial talents of one of the club’s best ever players, Gianfranco Zola who was playing his last-ever game for the team, earned qualification to the Champions League and guaranteed their solvency at a time when the club was flirting with bankruptcy, and contemplating the financial and sporting implications which might surely follow.

Champions League qualification changed everything. It immediately transformed the club into the type of marketable asset into which Abramovich was content to invest – and invest he did, with his checkbook the catalyst for an era of unprecedented success in West London.

The blueprint was set. Over the next several years, figures from the United States, the Middle East and beyond joined Abramovich in plunging their millions into the likes of Manchester City and Paris Saint-Germain to establish a new hierarchy in the game.

History and pedigree are great, but money is the true equalizer.

Amid this new and somewhat shaky landscape, football’s governing bodies tried to insert checks and balances. Financial Fair Play was instituted to try to root out overspending and to create as level a playing field as possible between teams with rich investors, and the others now unwillingly tagged with the moniker of being ‘selling clubs’.

But in this uneasy economy, it has become time to pay the piper.

For a year or so, rumors had been rife that a selection of Europe’s elite clubs had proposed the idea of a breakaway league – and on Sunday, a terse statement issued in the dead of night confirmed just that – with each word of it pouring salt on wounds which had opened hours before when the news broke, perhaps best evidenced by Gary Neville’s passionate polemic on Sky Sports.

Read more:   Gardens of the galaxy : can you grow vegetables on Mars?

As Neville so aptly stated, the central premise behind the European Super League is the antithesis to the spirit of competition which breathes through European football, and will instead create an American-style format where clubs, or ‘sports franchises’ as they might more suitably be known, compete exclusively against one another in a sort of mutual enrichment of their bank balances.

That enrichment will be significant. It was confirmed Monday that U.S. investment fund behemoth J.P. Morgan will fund the new Super League but declined to say exactly how much of their fortune will be awarded – though it is thought that their initial investment is in the region of $6 billion (£4.3 billion / €5 billion).

The supposed format of the new competition – two conferences from which the 15 founding members cannot be relegated – mirrors the predominant sporting landscape in the United States’ various leagues, where a team’s status is set in stone and poor performance on the field or court doesn’t yield any form of risk, financially or otherwise.

European football has long openly embraced the culture of American sports, and especially in the era of multi-million dollar TV deals and high profile sponsorships with U.S. companies like Chevrolet. An obsession with statistics has crept into football too, with fans being relentlessly told that ‘xG’ (basically keeping track of goals that weren’t scored) is somehow something we must be aware of.

Creative, deep-lying playmakers are often referred to as the ‘quarterbacks’ of their teams in a move cynics might suggest was designed to make European football more attractive to the lucrative U.S. market.

Read more:   France's 'yellow vest' protestors back on the streets

One wonders, then, about the influence of two of the signees in particular, Stan Kroenke at Arsenal and the Glazer family at Manchester United. Kroenke Sports Entertainment lists several U.S. sports teams amongst its holdings, while the ever-unpopular Glazers also count the Super Bowl champion Tampa Bay Buccaneers as another of their assets.

Joel Glazer has also been confirmed as vice-chairman of the new league.

In a certain light, the likes of the Glazers and Kroenke can be seen as absentee landlords central to football’s new civil war. Their interests in the clubs they own seems guided more by quarterly financial reports than by any maintenance of the solemnity of the ethos of their assets.

The Glazers, in particular, have been deeply unpopular at Old Trafford amid accusations that they have treated Europe’s most prestigious club as little more than a slush fund used to fund their various other enterprises.

And these owners who injected themselves into a sport with 150 years of history at its back clearly see no problem in this naked power grab. They have self-identified as Europe’s biggest clubs, too big for even FIFA or UEFA to contain, so why should they even consider listening to the rabble-rousing of the rest of European football as they trail financially in their wake?

But what about the fans? Significant scorn has been apparent online in the hours after the plans were officially announced, but what is the loss of a few thousand season ticket sales compared the reported £300 million annual windfall that the European Super League promises?

What of Financial Fair Play? It seems starkly apparent that some club owners who feel marginalized by limits on their spending have just decided to form their own competition to add to their coffers, and somehow expect to be allowed to continue to compete in their domestic leagues with this newfound wealth at their backs. It is financial doping, plain and simple.

And this is the crux of the issue. The European Super League robs from the ethos which has been at the heart of football for generations, and is attempting to replace it with the glitz and sheen of American sports – but this in incongruous not just with the infrastructure of European football, but also the accepted norms and principals through which fans identify with their teams.

American sports, such as the NBA and NFL, have an egalitarian element built into them in their annual collegiate drafts (with the top picks awarded to last season’s worst-performing teams) and a salary cap system designed to prohibit excessive spending, but can this new Americanized model of European football truly implement these functions in a sport wholly ill-equipped to do so.

Without that, all we are left with is quality for billionaires. The existing system in football seeks another avenue and strives for equality on a far broader scale – a function of which allowed for the recent successes enjoyed by the likes of Leicester City and Atalanta which seem impossible under the new system.

Football was forged in communities, with teams taking their cues from fans and vice versa. In Liverpool, for example, the concept of a ‘scouser’ is, to some at least, simpatico with the very heartbeat of Liverpool Football Club, where it almost seems that one couldn’t exist without the other.

The sad truth, on the red side of the Mersey at least, is that the European Super League will drive a wedge between the club, its financial aspirations and the fans whose ticket sales once powered the club.