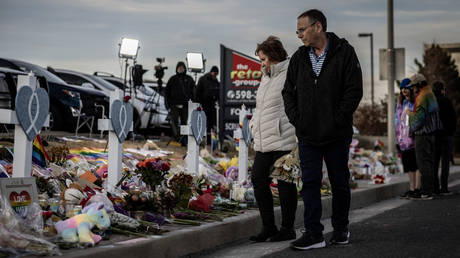 Almost as repugnant as the deadly attacks that are occurring with alarming frequency in the United States is the speed with which certain individuals rush to politicize them. The Club Q massacre in Colorado Springs, which left five dead and 18 injured, was certainly no exception.

The Democrats’ reaction kicked off with predictable calls for gun control. In this particular tragedy, however, the killer, 22-year-old Andersen Lee Aldrich, should never have been allowed to buy a gun in the first place. Moreover, he should have been high on the FBI’s ‘person of interest’ radar.

A year-and-a-half before Aldrich went on his deadly shooting spree, this troubled young man (who, according to court documents, has now started to identify as non-binary and use the pronouns them/they) threatened his family with a homemade bomb, forcing neighbors to evacuate while police talked him into surrendering. Yet, despite this, the district attorney of Colorado, Michael J. Allen, not only refused to press charges, but did not impose Colorado’s red-flag laws, which would have prevented Aldrich from purchasing a firearm. Had the Democratic-run state of Colorado enforced its own laws, five people might still be alive today.

Perhaps sensing the weakness of their anti-gun position, the Democrats rushed to politicize the tragedy by blaming conservative figures for instigating the violence. 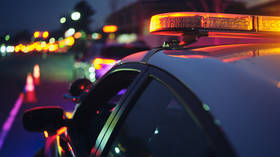 Democratic Representative Alexandria Ocasio-Cortez chastised her Republican colleague Representative Lauren Boebert in the wake of the tragedy for “elevating anti LGBT+ hate rhetoric and anti-trans lies,” while MSNBC reporter Brandy Zadrozny took aim at a popular Twitter account for merely pointing out what is becoming increasingly clear to many Americans.

“Online… this Libs of TikTok account, which feeds larger media like Fox News stories, what has happened is the demonization of LGBTQ people, calling them ‘groomers’ and ‘pedophiles,’” remarked Zadrozny. “This type of thing, whether it’s motive or not, what we know is that it’s just another reason why LGBTQ people are scared.”

Yet the goal of voices like Libs of TikTok, which uses actual progressive sources, is not “the demonization of LGBTQ people,” as Zadrozny argues, but rather to shine a spotlight on an issue that many millions of people view as a serious problem. A recent poll showed that 57% of Americans support a ban on teaching young children about sexual orientation and transgender issues in public schools.

Meanwhile, it does not require much digging to see that the sexualization of children is really happening. Consider a recent advertising campaign by the famous fashion house, Balenciaga.

The photo shoot features a very young girl holding a teddy bear that is dressed up in a bondage outfit. Another picture in the series displays a Balenciaga bag on top of a sheaf of documents, one of which appears to reference the 2002 US Supreme Court case “Ashcroft vs Free Speech Coalition,” which struck down some provisions in an anti-child pornography law. The paper wasn’t featured prominently, but it’s hard to imagine it ended up there by accident. 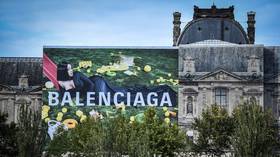 Although the left would like people to ignore it, it stands to reason that these highly suggestive images could inspire acts of violence against children, albeit of a different kind from those witnessed at the Colorado Springs gay club. The only way to address these very real threats to children is to speak openly about them.

Youth today are being exposed to a slew of complex ideas and actions – from questioning their ‘true’ gender, to watching drag queens perform at the local gay club. Having been subjected to such radical concepts at the most impressionable age, an increasing number of young people eventually make the fateful decision to have a sex-change operation.

It is only natural that millions of Americans will want to make their opinions heard on these topics that could have life-long consequences for their children. They should be able to do so without facing accusations of being accomplices to murders carried out by deranged individuals. But as far as the left is concerned, anyone who speaks out against the sexualization of children will be responsible for getting more people killed, just like we saw at Club Q.