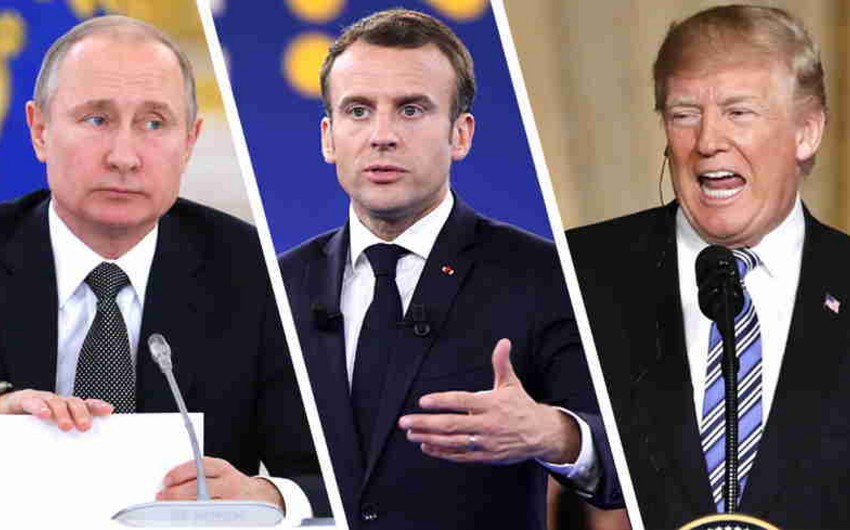 The “25 children”, whose parents were brutally killed by Armenians during the Khojaly genocide, addressed a letter to the presidents of Russia, the United States of America and France, the co-chairs of the Minsk Group of the Organization for Security and Cooperation in Europe (OSCE).

Report presents the letter as it is:

The states you lead have been co-chairmen of the Minsk Group for a long time, which took upon itself the mission of liberating the territories of Azerbaijan occupied by Armenia. The city of Khojaly is also under Armenian occupation. On the night of February 25-26, 1992 Khojaly was razed to the ground, 613 of our relatives were brutally killed.

We had high hopes for your countries to stop the vandalism we have faced over the past years, and waited for the liberation of our lands every time your representatives of the Minsk Group visited Azerbaijan. Unfortunately, we could not see it.

During the genocide, both parents of 25 children were brutally killed in Khojaly. You may not be able to imagine it, but then we were 1 to 10 years old.

They burned our parents, shot them and skinned in front of our eyes. We were children then, we didn’t understand what was happening. Armenians made us experience horrors that will never be erased from our memory. We were deprived of parental care and family warmth.

Now we want to go back to our lands. We thought that the United States of America, Russia and France, co-chairs of the OSCE Minsk Group, would help us return to our homes, to our homeland, where our parents were killed and went missing. Unfortunately, we see the opposite. While trying to go home, the Minsk Group co-chairs blocked the way to our house.

Read more:   SOCAR: No negotiations are underway on development of fields in Russia

Don’t you think that supporting the Armenians who committed the genocide against us does not mean being an accomplice to the perpetrators of that genocide?

You do not help children who have survived the genocide, at least do not prevent them from returning back home.

Answer the question, don’t you really consider us human? Don’t we have the right to live in our own home?!

Denying us the right to return home is a violation of international law. We want to go back home.

Read more:   To His Excellency Mr. Sebastián Piñera Echenique, President of the Chile

After all, you claim that your countries protect human rights not only at home but also abroad. If so, protect our rights as well.