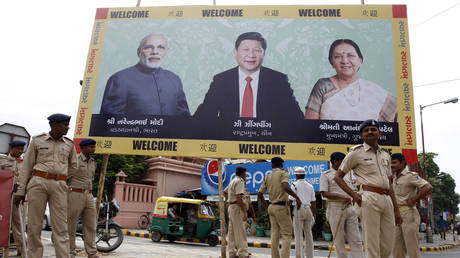 Both New Delhi and Beijing have signaled a lack of interest in Donald Trump involving himself in their affairs, after the US president suggested he could help resolve a territorial dispute between the two nations.

China and India have been engaged in a tense border dispute, with reports suggesting their soldiers clashed earlier this month. Trump said earlier this week that he was “ready, willing and able to mediate” between the two countries – but it appears neither Beijing nor New Delhi are particularly enticed by his offer.

“China and India are capable of properly resolving the issues through dialogue and consultation,” the Chinese Foreign Ministry spokesman said on Friday.

India seems similarly disinterested. A spokesperson for the country’s Ministry of External Affairs said New Delhi was “directly in touch with China.” (RT)

How can we adapt to the ‘new normal’? 6 tips from a clinical psychologist

A 4.5-magnitude earthquake has occurred in Mahmaleh village of Iran’s Persian Province Iranian media. The…