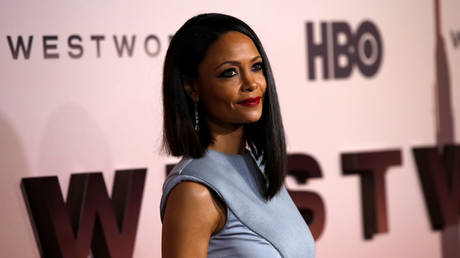 Thandie Newton poses at the premiere for the season 3 of the television series 'Westworld' in Los Angeles, California ©  REUTERS/Mario Anzuoni

Hollywood may be home to some of the most vocally progressive voices around, but the industry has been cast in a revealing light following years of #MeToo allegations, as well as stars opening up about harmful work environments. Newton is the latest to recount such experiences, telling Vulture about the sexism she has faced in the industry – as well as some less than pleasant experiences with major Hollywood players.

On working with Tom Cruise, arguably one of the biggest stars in the entertainment world, on ‘Mission: Impossible 2’, the 47-year-old British actress claimed she was made to feel “terrified and insecure” on set by the “dominant” star.

“I was so scared of Tom,” she said, recalling the actor taking control of the ‘Impossible’ set from director John Woo, who did not speak English. One scene included the two stars on a rooftop in Spain and Cruise became so “frustrated” with Newton’s performance – which she chalks up to bad writing – that he forced them to switch roles to show her what he wanted, but the exercise only made the actress feel belittled.

“It just pushed me further into a place of terror and insecurity,” Newton said, admitting Cruise may have been simply “frustrated” from taking on “so much” responsibility on his sets. She also said she holds no ill will toward Cruise.

Newton says she told the now-deceased director Jonathan Demme about the experience, and he showed support by telling her to stand up for herself more.

The actress, who plays a pivotal part in HBO’s hit series ‘Westworld’, says success arriving relatively late – in her 40s – should have occurred decades ago, but that sexism in Hollywood held her back. “It’s the complete reverse of what it should be,” she said.

Some of her other difficult industry experiences drew raised eyebrows on social media, where the actress’s name trended and she was the topic of numerous conversations about the treatment of women in the industry.

Read more:   'Cool it,' France and Germany to tell Trump at NATO talks

On 2004’s ‘Crash’, which went on to win the Best Picture Academy Award, Newton said she “burst into tears” during a scene that included her character being sexually assaulted. The script, according to the actress, was not terribly descriptive about the scene and she had presumed a reference to “finger-f**king” was meant to be ironic.

Also on rt.com From everyday language to the worlds of Shakespeare and Austin, mainstream media looks for racism everywhere

When meeting with co-star Matt Dillon and director Paul Haggis on the day the scene was to be filmed, Newton was taken aback when she was asked if she was wearing “protective underwear.”

The incident left Newton in her trailer crying.

Another encounter motivated the actress to walk away from a film altogether.

Newton, who says she was sexually assaulted at 16 by John Duigon despite the press referring to it as an “affair” before the #MeToo days, turned down ‘Charlie’s Angels’, released in 2000, after the director, McG, described a shot that appears to be a road until it’s revealed to be the “tight stitching” around Newton’s waist.

The actress met with then-Sony head Amy Pascal, who left the position after an email hack revealed messages many considered offensive and even racist, who suggested a scene of Newton getting on a bar table “shaking her booty” would make the character “believable.” (RT)