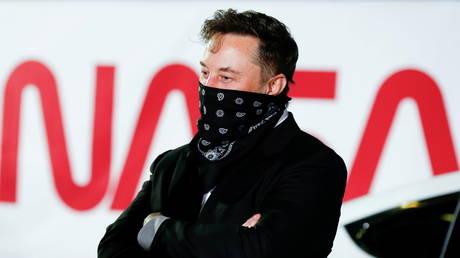 Communications between Tesla and the California Department of Motor Vehicles have revealed that billionaire Elon Musk may be overhyping the capabilities of his ‘Autopilot’ self-driving software.

A DMV memo – obtained through a public records request by PlainSite – claims that a boast from Musk about self-driving cars “does not match engineering reality,” based on a conversation with the director of the Autopilot software, CJ Moore.

“Tesla is at Level 2 currently,” the department wrote. Level two for a self-automated driving system means the software requires human supervision. Level five autonomy would mean the cars can drive themselves anywhere without direct human supervision.

In a January earnings call, Musk said he was “highly confident the car will be able to drive itself with reliability in excess of human this year.”

The DMV reportedly does not believe this level of autonomy can be reached by the end of the year after its conversations with Tesla.

“Tesla indicated that Elon is extrapolating on the rates of improvement when speaking about L5 capabilities. Tesla couldn’t say if the rate of improvement would make it to L5 by end of calendar year,” the memo reads. (RT)

Eastern Europe Bureau of Report presents an interview with Oleksandr Skichko, Head of the Cherkasy…

09:52 Russia, US to resume dialogue on visa problems soon

09:44 US envoy to return to Moscow this week