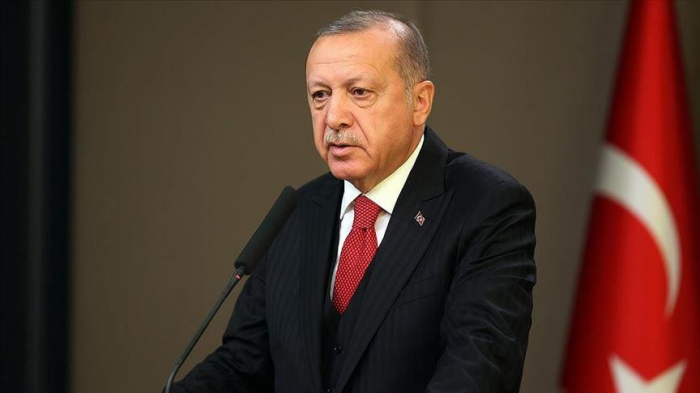 Turkey’s president on Thursday said terror groups have still not withdrawn from northern Syrian territories falling under the area of Turkey’s anti-terror operation, according to Anadolu Agency.

“The pledge that the terror groups YPG/PYD, Daesh [also called ISIS], and PKK would withdraw from the region within 120 hours was not fulfilled,” Recep Tayyip Erdogan told reporters in the capital Ankara before leaving for an official visit to Hungary.

On Oct. 22, Turkey and Russia reached a deal under which YPG/PKK terrorists would pull back 30 kilometers (18.6 miles) south of Turkey’s border with Syria within 150 hours, and security forces from Turkey and Russia would mount joint patrols there.

In its more than 30-year terror campaign against Turkey, the PKK — listed as a terrorist organization by Turkey, the U.S. and the European Union — has been responsible for the deaths of 40,000 people, including women, children, and infants. The YPG is the PKK’s Syrian offshoot.

Appeals made to international organizations regarding Armenian provocation

“On one hand, Armenia appeals to the international community asking for help to strengthen the…

On 13 July 2020, the Foreign Minister of the Republic of Azerbaijan Elmar Mammadyarov held…

Ambassador: While the territory of Azerbaijan is under occupation, such incidents are inevitable

“The Azerbaijani people will never accept the loss of their territories. As long as the…

All attacks are committed by Armenia – President Aliyev

“The internal situation in Armenia has already reached a crisis point. Internal turmoil has expanded,”…