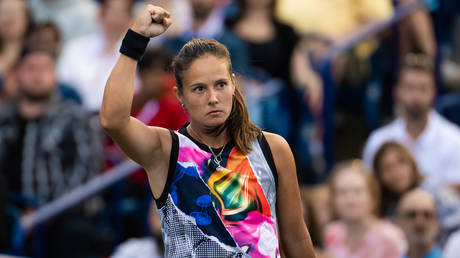 Russian women’s tennis number one Daria Kasatkina has accused State Deputy Roman Teryushkov of jealousy after he suggested that her Honored Master of Sports accolade should be withdrawn.

Kasatkina, who reached the semifinals of the French Open this year in what was the 25-year-old’s best showing at a Grand Slam event to date, was included in a list of Russian sports stars who were recently honored for their achievements.

However, Kasatkina has drawn criticism in some quarters for suggesting she would consider switching citizenship if she was prevented from competing because of the ongoing restrictions placed upon Russian sport amid the conflict in Ukraine. 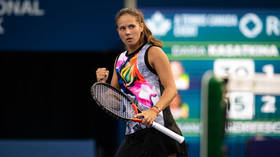 Her new title does not appear to sit well with Duma Deputy Teryushkov, who has suggested that any plaudits sent Kasatkina’s way should be rescinded.

“The order must be challenged by the prosecutor’s office, because it does not fall under the criteria for assignment,” he said to Match TV of Kasatkina’s Honored Master of Sport accolade.

He also claimed that he will formally appeal the decision after determining that it was made without “examining the moral side of the issue.”

However, Daria Kasatkina appeared to make light of the situation when she issued a comment to her social media followers.

“You just don’t have a medal, so you’re mad,” she said, sharing a story with the comments from Teryushkov.

Teryushkov has been particularly outspoken with his views since the conflict with Ukraine broke out.

The lawmaker has suggested that any Russian athletes who change their citizenship to avoid sporting sanctions should be considered guilty of treason.

The Kremlin later said it would not support that type of thinking.

Tennis star Kasatkina spends much of her time training outside Russia and on the WTA tour.

The Tolyatti-born star made headlines earlier this when she announced that she was gay. She has also criticized the Russian military campaign in Ukraine.

Currently ranked 11th in the world, Kasatkina boasts six WTA tour titles to her name, and was part of the Russian team which won the prestigious Billie Jean King Cup last year. (RT)