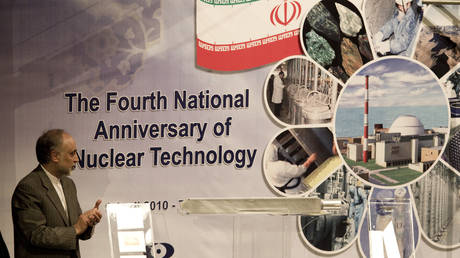 The French president floated a new proposal to Iran on how to soften the blow of the US withdrawal from the nuclear deal. The Iranian foreign minister said Tehran is ready to discuss it.

The 2015 international agreement lifted economic sanctions from Tehran in exchange for accepting restrictions on its nuclear industry. Last year, Washington pulled out of the deal and launched a “maximum pressure” campaign against Iran. The European signatories promised they would work on shielding the Iranians from the American U-turn, but Tehran was not satisfied and eventually started downgrading its commitments under the deal.

Also on rt.com US praises sanctions for killing Iran’s economy, then blames Tehran for people’s suffering

French President Emmanuel Macron on Wednesday said he has new proposals on what the Europeans can do about the situation. (RT)