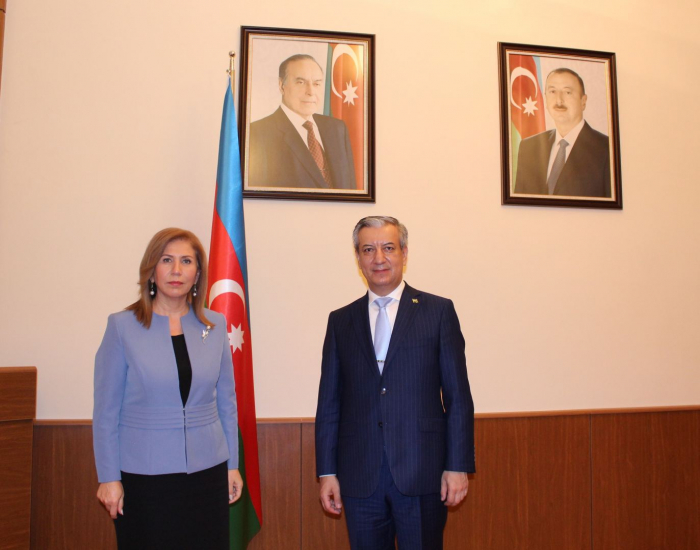 Targeting peaceful Azerbaijani population by Armenia is unacceptable and is a crime, Ambassador Extraordinary and Plenipotentiary of Uzbekistan to Azerbaijan Bahrom Ashrafkhanov said at the meeting with the Chairman of the State Committee for Family, Women and Children Affairs of Azerbaijan Bahar Muradova.

During the meeting, Ashrafkhanov expressed regret that civilians, especially children, were injured in Azerbaijan due to missile attacks by Armenia.

“Azerbaijan has embarked on a just struggle for the return of its lands, a significant part of the territories has been liberated in a short time,” Muradova said.

According to Muradova, the world community has again become an eyewitness that Azerbaijan is on the right track and defends justice.

“Uzbekistan has no diplomatic representation in Armenia and is among the countries that always support Azerbaijan. All this shows that friendly relations between our countries and their leaders, as well as between parliaments, are built on a solid foundation,” the committee’s chairman stressed.