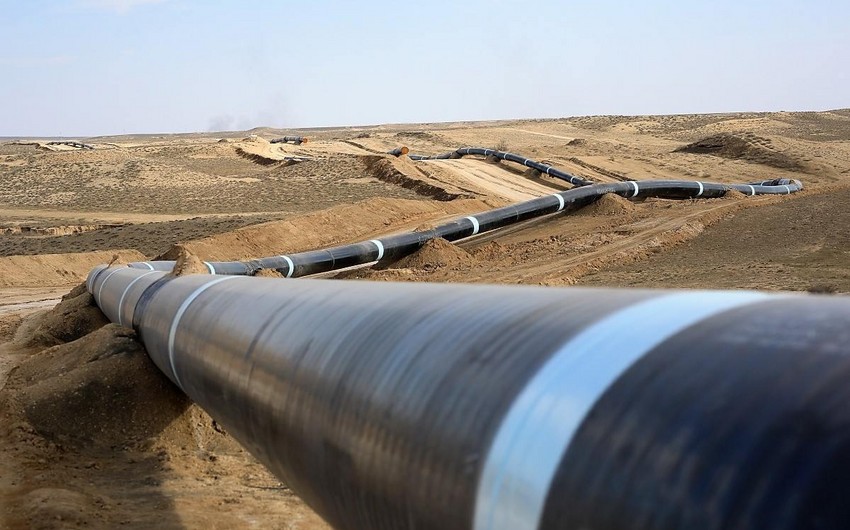 Auctions announced in 2019 for additional gas volumes via the Trans-Adriatic Pipeline (TAP), intended to transport natural gas produced in Azerbaijan to Europe, failed.
Murad Heydarov, a member of the Board of Directors of the TAP consortium, told Report.

“According to him, these auctions were to be completed in 2020: However, the deadline for these auctions was postponed due to the quarantine. No company has reserved volumes for the expansion of the pipeline. At this stage, the market reacted negatively.”

M. Heydarov had high expectations from the market tests declared in 2019: “I hoped that the market would react positively. However, there were various reasons for this – quarantine, slow recovery of the economy, and the reluctance of potential gas sellers and buyers to take on long-term commitments.”

He said that the TAP consortium has already started a market test for the expansion of the pipeline in 2021:

“The market test will be conducted in two main stages. The first phase will be a non-mandatory phase, which will begin on July 12, and the second will be a mandatory phase, which will start no later than the summer of 2022. The non-mandatory phase is currently underway. So far, market participants have expressed their views, and they can reserve additional volumes without any obligation. Then the mandatory stage will begin. That is, the process is fully regulated by the legislation of the European Commission.”

However, he noted that the market currently uses TAP volumes on a short-term basis:

“Another reason why potential buyers and sellers do not use the pipeline for a long time is that the European Commission is considering the adoption of new legislation on energy transition, renewable energy, and the reduction of hydrocarbon emissions into the atmosphere. Also, the status of natural gas is still unknown and is being discussed in Europe. Today, there are many supporters of the European Commission’s failure to receive financial aid for gas projects. Another camp says natural gas will be needed during the transition period. Market participants try to find a compromise on all these issues. All this creates uncertainty for buyers and transporters and the market in general.”

However, the TAP official is convinced that the world is not over yet: “Such auctions will be held every two years. Auctions for 2021 have already begun. It will take place in 2023 as well.”

TAP will facilitate gas supplies to South Eastern European countries through prospective interconnectors. In particular, Bulgaria will be able to cover up to 33% of its total gas demand through TAP after the completion of the Interconnector Greece Bulgaria (IGB). TAP’s exits in Greece and Albania together with the landfall in Italy provide multiple opportunities for further transport of gas from Azerbaijan to the broader European markets.