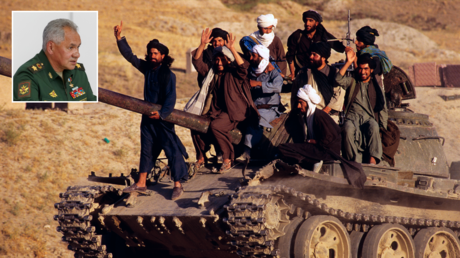 The Taliban has taken complete control of Afghanistan’s borders with Uzbekistan and Tajikistan, Russia’s defense minister revealed on Tuesday, noting that the terrorist organization has promised not to move across either frontier.

“For us, it is important [to note] that the borders with Uzbekistan and Tajikistan have been taken under control by the Taliban,” Defense Minister Sergey Shoygu told a youth educational forum on the outskirts of Moscow.

The Taliban, which is registered in Russia as a terrorist organization, “promised not to make any attempts to cross the border and attacks on neighboring territories,” Shoygu said.

Central Asia is a strategically important region for Moscow, and Russia has historically been the area’s leading power. Both Uzbekistan and Tajikistan were part of the Soviet Union. Nowadays, Tajikistan is part of the CSTO, a mutual defense pact similar to the US-led NATO bloc, comprising six former Soviet republics. Uzbekistan was a member until 2012. (RT)