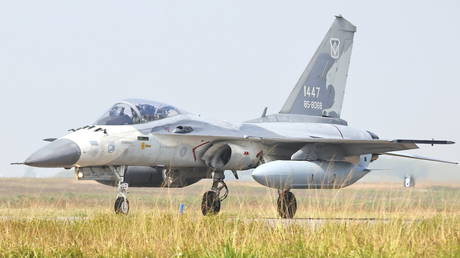 A F-CK-1 Ching-kuo Indigenous Defence Fighter (IDF) is seen at an Air Force base in Tainan, Taiwan on January 26, 2021. © Reuters / Ann Wang

Taiwan has launched snap air force drills, after a large-scale flyby of Chinese aircraft over the weekend. The island has stated that it is ready to protect its territory from any potential hostile move by mainland China.

Multiple F-CK-1 Ching-kuo, Taiwan’s home-grown fighter jets, were scrambled from an airbase in the southern city of Tainan on Tuesday. The primary goal of the exercise was to rehearse a swift response to an incoming threat, with the jets getting from their reinforced shelters into the air in under five minutes.

“We are ready,” Colonel Lee Ching-shi told reporters invited to tour the base amid the drills. “We will not give up one inch of our territory.” (RT)

Business environment to be improved in Azerbaijan – Mikayil Jabbarov

The business environment is entering a recovery period after the coronavirus pandemic, Trend reports on…