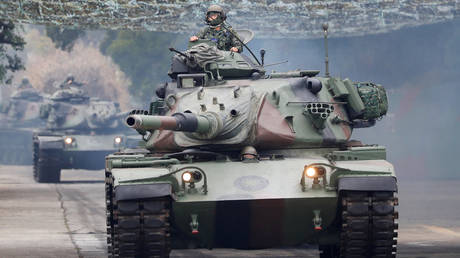 Taiwan’s Defense Ministry said on Monday that the island’s armed forces have a right to defend themselves and counter attack, citing “harassment and threats” in a warning to Beijing.

The military said that multiple Chinese aircraft flew across the mid-line of the Taiwan Strait and into the island’s air defense identification zone on Friday and Saturday. In response, Taiwan had to scramble jets to intercept, according to the military in Taipei.

The ministry said it had “clearly defined” procedures for the island’s first response amid the “high frequency of harassment and threats from the enemy’s warships and aircraft this year.” (RT)

On October 29, the OSCE Minsk Group co-chairs will meet with the Azerbaijani Foreign Minister…