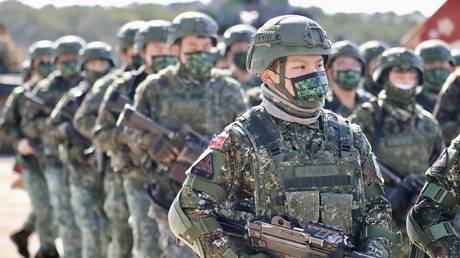 Taiwan’s military is failing to meet its recruitment targets, with the issue likely to become a “major challenge” to its defense capabilities in the future, the interior ministry has warned.

A report sent to Taiwan’s parliament in late September and cited by the media puts the problem down to the island’s declining birthrate.

This comes amid heightened tensions between the self-governed island and Beijing, which considers it part of China’s sovereign territory.

According to the document, the number of new conscripts this year is on course to be the lowest in a decade. In Taiwan, male citizens are obliged to receive four months’ basic training.

The situation in Taiwan’s professional military is no bette; the report notes that in March its recruitment drive fell nearly 15% short of its target. 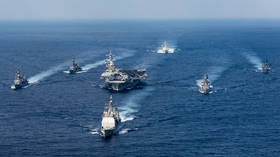 “There will be a sharp drop, which shows that the recruitment of various volunteer units will face huge challenges in the future,” the report concludes, as cited by the Guardian.

While falling birthrates are a common problem in the region, Taiwan has the distinction of having one of the world’s lowest. With only 153,820 births reported last year, there seems to be no end in sight to the trend, according to the report.

The document comes at a time when Taiwan is trying to beef up its army fearing a potential attack from Beijing.

Taiwan has governed itself since nationalist forces led by Chiang Kai-shek fled to the island in 1949, after they lost in the civil war to the Communists. While only a handful of nations have since recognized it as a sovereign country, Taipei has long enjoyed close, unofficial ties with the US, with Washington supplying weapons to the island. Beijing considers it an inalienable part of China, to be reintegrated at some point.

Relations between mainland China and Taiwan have deteriorated dramatically over the past year. Beijing held large-scale military drills near the island following the controversial visit of US House of Representatives Speaker, Nancy Pelosi in August.

Chinese President Xi Jinping has repeatedly stated Beijing’s resolve to ensure a peaceful “reunification,” while keeping a military option on the table. (RT)