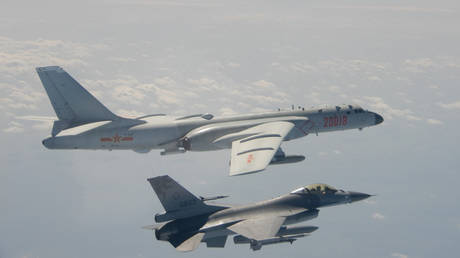 On Thursday, the Ministry of National Defence announced that 19 Chinese aircraft had entered into the southwest of the island’s air defense zone, prompting Taiwan to dispatch patrol troops to respond, as well as to activate anti-aircraft missile tracking and monitoring.

The government reported a smaller incursion last week in the same area comprising 10 PLA aircraft, among them six J-16 and two J-11 fighters. The day before the flyby, Taipei had pledged an extra $8.69 billion to be spent over the next five years to boost its arsenal against threats from China, citing concerns that Beijing’s military strength had recently been significantly beefed up.

Beijing, which views Taiwan as part of its territory under its ‘One China’ policy, has frequently expressed a grievance over US involvement with Taipei – a relationship it describes as ruining the “status quo.” (RT)