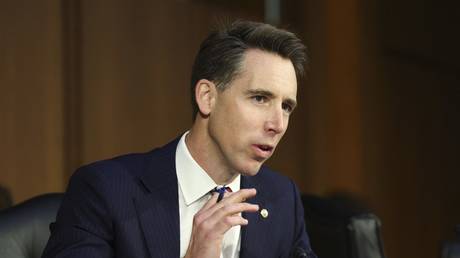 US Republican Senator Josh Hawley has called on the State Department to rush weapons to Taiwan instead of Ukraine, arguing that the island is “more important for US national interests.” Hawley has also previously suggested that Washington’s aid money for Kiev would be better spent at home.

In a letter to Secretary of State Antony Blinken on Tuesday, Hawley claimed that US depletion of its own arms stockpiles to bolster Ukraine’s military neglected “our vital security interests in Asia.” The Missouri Republican contended that this outflow of weapons should immediately be diverted to Taipei, as arming Taiwan would be “exceedingly difficult” if China were to launch a hypothetical military assault on the island.

“Regardless of the weapons’ source, if both Taiwan and Ukraine need them, they should go to Taiwan first,” Hawley wrote, suggesting that “Germany or other NATO allies” focus on supplying Ukraine instead. 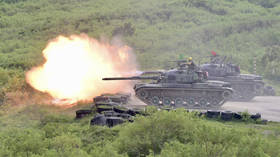 US worried about unintended consequence of arming Ukraine – WSJ

Taiwan has governed itself since nationalist forces led by Chiang Kai-shek fled to the island in 1949, after they lost a civil war to the Communists. Beijing’s official position is that it will strive to peacefully reunify the island with the Chinese mainland, while reserving the right to use military force if necessary.

The US recognizes, but does not endorse, China’s sovereignty over Taiwan. Despite sticking to this ‘One China’ policy since the 1970s, Washington sells weapons to Taiwan, and President Joe Biden has said on multiple occasions that the US would back the island in the event of a conflict with China.

In October, Republican Senator-elect JD Vance claimed that Taiwan is more important to the US than Ukraine, citing its semiconductor industry, which represents two-thirds of global production.

The Biden administration has committed around $68 billion in military and economic aid to Ukraine this year, with the Biden administration asking Congress earlier this month to approve another $37.7 billion before January. Hawley was one of 11 Republican senators who voted against a $40 billion aid package for Kiev in May, arguing that it “neglects priorities at home” like border security, “allows Europe to freeload…and comes with no meaningful oversight.” (RT)