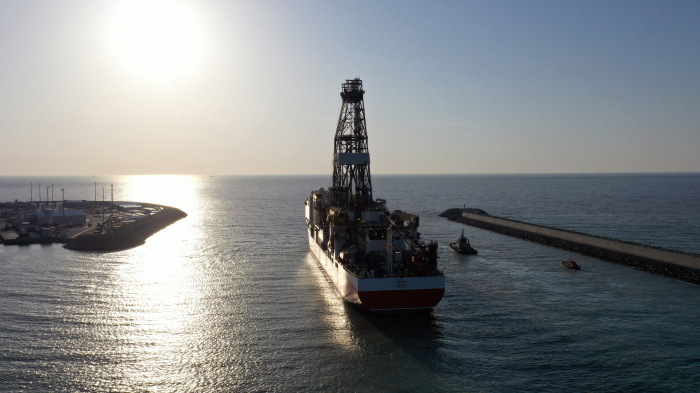 Türkiye will be ready to use its own natural gas it discovered in the Black Sea as of the first quarter of 2023, according to the country’s energy minister, who also confirmed a deal to switch to the ruble in payments for some of the Russian gas supplies.

Against the background of the global energy crisis plaguing particularly Europe, Energy and Natural Resources Minister Fatih Dönmez said no disruptions to gas supply are expected this winter in Türkiye, provided suppliers comply with their shipment plans.

Türkiye continues to lay pipes for an underwater pipeline network that will transport onshore the 540 billion cubic meters (bcm) of gas reserve that was gradually discovered in the Black Sea since August 2020.

“I hope we will be able to use this natural gas on land in the first quarter of 2023, in March,” Dönmez told Anadolu Agency (AA).

Located around 150 kilometers (93.2 miles) off the country’s coast in the Black Sea, the Sakarya gas field is home to Türkiye’s largest-ever natural gas discovery.

Construction is also ongoing on an onshore gas processing facility at the port of Filyos in the northern province of Zonguldak.

Some 120 kilometers of pipelaying process of the 170-kilometer deep seabed pipeline that will pump the gas has been completed, Dönmez said. The works are expected to be completed next month.

Türkiye is still highly dependent on imports to cover its energy needs, whose price has rocketed following Russia’s invasion of Ukraine.

Sanctions on Russian supplies and tensions that have been escalating have prompted the European Union to ask member states to reduce natural gas demand by 15% and to increase storage levels before the winter season.

Dönmez said Türkiye’s stance does not support the decisions taken on sanctions against Russia, given its current contracts with Russia, and Azerbaijan and Iran.

This strategy ensures the lines of communication are open and any increases in gas, if necessary, are possible, he explained.

Last year, 45% of the gas used in Türkiye came from Russia and the rest from Iran and Azerbaijan.

Türkiye’s annual gas consumption has risen from 48 billion cubic meters in 2020 to a record 60 billion in 2021 and is expected to reach 62 billion-63 billion this year, according to official figures.