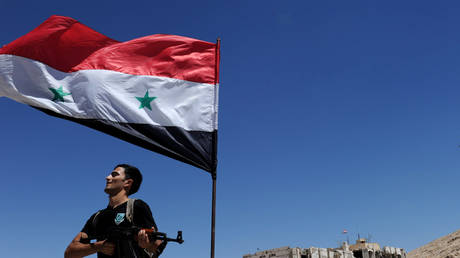 The Syrian government denounced the US airstrike on the border with Iraq as an act of aggression contrary to international law, as President Joe Biden told reporters he ordered the strike as a warning to Iran.

“The Syrian Arab Republic condemns in the strongest terms the US aggression against its sovereignty,” the foreign ministry in Damascus said on Friday, calling Thursday’s strikes in the Deir-ez-Zor province an act of “cowardly aggression” and “flagrant violation of the rules of international law and UN Charter.”

Washington said the US airstrike targeted “Iranian backed militant groups including Kait’ib Hezbollah and Kait’ib Sayyid al Shuhad” near the town of Al-Bukamal, on the Syrian-Iraqi border, and was retaliation for recent rocket attacks on facilities in Iraq used by US troops and contractors stationed there.

Azerbaijan recorded 2,047 new coronavirus cases over the past day, the Task Force under the…

French biotech company Valneva, which develops and commercializes vaccines against infectious diseases, has announced the…

Over 1.36 million vaccinated against COVID in Azerbaijan

Over the past day, 14,680 people were vaccinated against coronavirus infection (COVID-19) in Azerbaijan, the…