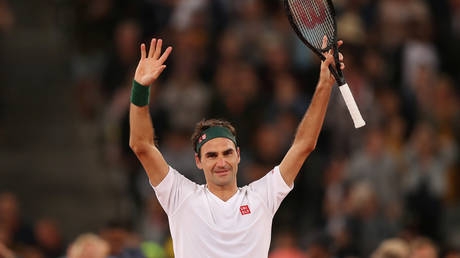 Swiss tennis legend Roger Federer has topped the annual Forbes list of the world’s highest-paid athletes for the first time in his illustrious career, leaving behind football icons Cristiano Ronaldo and Lionel Messi.

The 20-time Grand Slam winner recorded $106.3 million in pre-tax earnings, edging out Ronaldo, who is in second place by about $1 million.

Federer jumped four positions, rising from fifth place in the 2019 Forbes list. He is the first tennis player to top the annual list, having made more than $100 million in endorsement deals.

Ronaldo and Messi also managed to break the $100 million mark, having annual earnings of $105 million and $104 million respectively.

Brazil striker Neymar is fourth with $95.5 million, while NBA star LeBron James is fifth on the Forbes list, on $88.2 million. (RT)