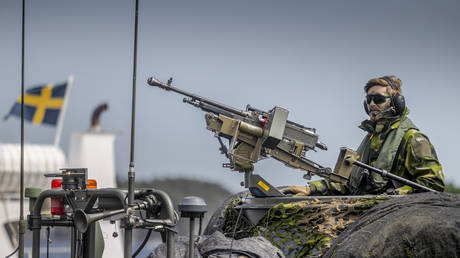 The Swedish government should deal with issues of “fundamental importance” for Turkey to reach an agreement on its NATO membership bid, Ankara said on Saturday. The news follows a phone call between Turkish President Recep Tayyip Erdogan and Swedish Prime Minister Magdalena Andersson.

Stockholm should “change its attitude” towards the Kurdistan Workers’ Party (PKK), which Turkey and many Western nations consider a terrorist organization, the Turkish president’s office said in a statement. So far, Stockholm has not taken any “tangible action” to alleviate Ankara’s concerns in this regard, it added.

Other issues preventing the two sides from reaching an agreement are Sweden’s arms embargo, and restrictions imposed on the Turkish defense industry. Ankara has urged Stockholm to take on “binding commitments” on these matters, setting out “clear implementation” mechanisms. 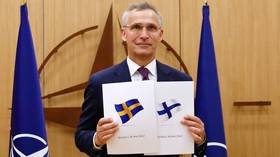 Andersson described the phone call with Erdogan as a “good conversation” in a Twitter post, but otherwise provided little detail on the discussion.

In a separate conversation on Saturday, the Turkish leader also addressed Sweden and Finland’s membership bids with NATO Secretary General Jens Stoltenberg. According to the Turkish side, Erdogan informed Stoltenberg of persisting concerns regarding the admission of Finland and Sweden.

The two Nordic nations applied to join the US-led military alliance in May, voicing concerns over their security amid Russia’s military operation in Ukraine. The move encountered staunch resistance from Turkey, which demanded Finland and Sweden stop harboring PKK members.

On Thursday, Stoltenberg admitted he could not “guarantee” the two nations’ membership but said that was his goal. At the same time, he praised Turkey as an important NATO member, adding that its concerns should be addressed. (RT)