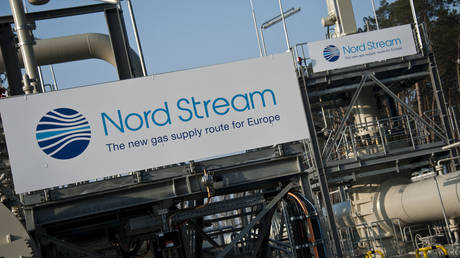 Ships are being told to steer clear of the affected area in the Baltic Sea, according to the country’s maritime authority A Nord Stream 1 gas pipeline terminal in Germany. © AFP / John MacDougall

Sweden’s Maritime Authority (SMA) sent out an alert on Tuesday over two leaks on the Russian-owned Nord Stream 1 natural gas pipeline in the Baltic Sea.

The reasons for the leaks, which occurred to the northeast of the Danish island of Bornholm, are currently unclear, he said.

Another SMA spokesman told the agency that the Swedish authorities were “keeping extra watch to make sure no ship comes too close to the site.”

On Monday, Denmark said it had discovered leaks in the Russian-owned Nord Stream 2 pipeline, to the southeast of Bornholm.

The pipeline’s operator has confirmed a drop in pressure on the two lines of Nord Stream 1 and on Nord Stream 2. 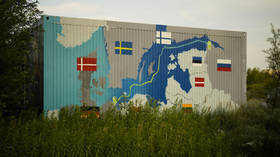 Russian gas pipelines could have been sabotaged – Tagesspiegel

Meanwhile, a report by the Tagesspiegel newspaper claimed the German authorities suspected the pipelines were subject to a “targeted attack” that could have been carried out by Ukraine, or by Russia, in an attempt to pin the blame on Kiev.

Gas infrastructure has been at the heart of the current energy standoff between Russia and the EU.

The Nord Stream 2 pipeline was completed in September 2021, but never entered commercial operations, as Berlin halted its certification indefinitely just a few days before the launch of Moscow’s military operation in Ukraine.

Nord Stream 1 had been supplying gas to Europe until late August when Russia slashed deliveries, citing technical difficulties resulting from Western sanctions. The EU claims the shutdown of the pipeline was politically motivated.

Despite the pipelines not being operational at the moment, they are still filled with pressurised gas, according to Germany’s DPA news agency. (RT)