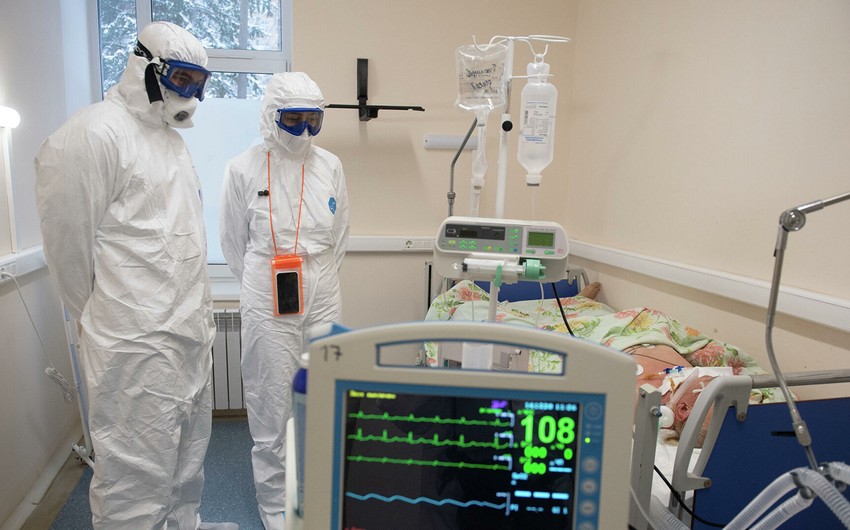 Sweden appeared headed into a third wave of the pandemic, the Health Agency said on Tuesday, as it tightened crowd restrictions for shops amid a recent rise in new COVID-19 cases and a rapid spread of virus variants considered more infectious, Report informs, citing TASS.

Sweden, which has shunned lockdowns throughout the pandemic, registered 11,804 new coronavirus cases since Friday, health agency statistics showed on Tuesday, an increase on the 10,933 cases reported during the corresponding period last week.

“It certainly looks like we’re heading into a third wave,” Chief Epidemiologist Anders Tegnell told a news conference. “It’s starting to have an impact on intensive care. We don’t see a dramatic increase but not the decrease we had for a time.”

The Health Agency recommended that crowds at shops be limited to 500 people, adding to a string of new restrictions in recent week, such as limited opening hours for bars, cafes, restaurants, and stricter rules for wearing face masks.

Tegnell, the architect of Sweden’s pandemic strategy, also said recent studies pointed to the AstraZeneca COVID vaccine being effective for people over 65. Sweden was looking into changing its recommendation of not administering it to the elderly.

“The AstraZeneca vaccine has gotten an undeserved bad reputation,” he said.

While new cases have increased, the death toll is still lower than in previous months. The country of 10 million inhabitants registered 56 new deaths, the lowest weekend figure since early November, taking the total to 12,882. The deaths reported have occurred over several days and sometimes weeks.