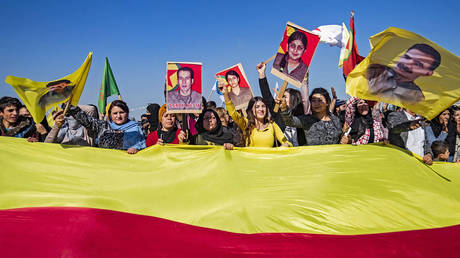 Stockholm has handed over a man previously found guilty of membership in an outlawed Kurdish group, according to the Anadolu news agency Syrian Kurds protest against Türkiye and in solidarity with the Kurdistan Workers’ Party (PKK). © AFP / Delil Souleiman

Sweden has extradited to Türkiye a man convicted in his home country of being a member of the Kurdistan Workers’ Party (PKK), which Ankara considers a terrorist organization, the Anadolu news agency reported on Saturday. The move comes amid attempts by Stockholm to address Türkiye’s concerns over Sweden’s NATO application.

The man, identified as Mahmut Tat, was flown by plane from a detention center in Molndal on Sweden’s western coast to Türkiye’s largest city Istanbul on Friday, according to the agency.

Tat had been sentenced to six years and ten months in prison by a Turkish court after being arrested on charges of being a member of the Union of Kurdish Communities, an umbrella group that unites several Kurdish organizations, including the PKK. However, he managed to flee Türkiye and tried to obtain asylum in Sweden in 2015. His application was turned down, but he remained in the Nordic country. He was reportedly arrested by the Swedish police in late November.

Read more:   Not journalism but propaganda: Fact-checkers turn on Facebook for spreading its own fake news

Last month, the Swedish parliament voted to made amendments to the country’s constitution, which would make it possible for Stockholm to strengthen counter-terrorism laws, including limiting the freedom of association of groups involved in terrorism. 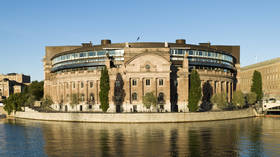 The development came as Stockholm has been attempting to meet Türkiye’s conditions for Sweden to join NATO. Earlier, Ankara accused Sweden and neighboring Finland of harboring Kurdish “terrorists” and threatened to block their bids to join the US-led military alliance.

The two nations applied to become members of the bloc in May, citing concerns over Russia’s military operation in Ukraine.

Russia has said that the expansion of NATO would not make the European continent more stable or secure, and while Moscow noted it “does not have problems” with Stockholm or Helsinki, it nonetheless pledged to adjust its military posture in its northern region if the bloc adds two new members.

Sweden, Finland, and Türkiye signed an agreement in June that was supposed to break the deadlock. However, Ankara soon thereafter said that it wasn’t satisfied with how Stockholm and Helsinki were fulfilling their part of the deal, especially regarding the extradition of the Kurdish suspects demanded by the Turkish authorities.

A letter sent by Stockholm to Ankara in late October and seen by Reuters said that there have been four extraditions of Turkish citizens from Sweden since 2019, with the most recent one taking place this past August. (RT)