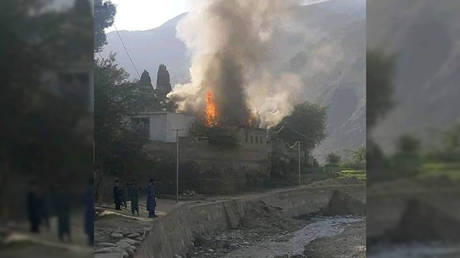 The Taliban are suspected of having launched a mortar attack into a hospital in eastern Afghanistan. The obliterated hospital contained vital Covid vaccines, which were set to be used to inoculate the population as cases climb.

A former spokesperson for the National Security Council of the Islamic Republic of Afghanistan, Kabir Haqmal, took to Twitter to report the attack on the hospital, stating that the Taliban terror group often target civilians and public spaces in order to “cause harm to innocent people.” The Asadabad Central Hospital in Afghanistan’s eastern Kunar region was hit with a mortar attack early Wednesday morning.

However, the Taliban’s spokesman, Zabihullah Mujahid, has denied any responsibility.

According to local police, the rounds were fired from the mountains. Whilst no casualties have been reported, the financial damage incurred, as well as the loss of vital vaccines, is significant. (RT)