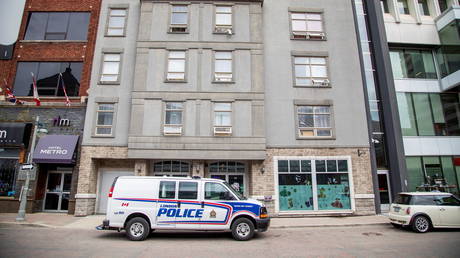 Authorities in Canada have filed terrorism charges against a man accused of hitting a Muslim family with a pick-up truck in Ontario earlier this month. He was already charged with murder over the incident branded a ‘hate crime’.

“The federal and provincial attorneys general provided their consent to commence terrorism proceedings, alleging that the murders and the attempted murder also constitute terrorist activity,” the RCMP said after Monday’s hearing.

Given the new charges, prosecutors will have to prove the suspect intended to intimidate a certain social group “for a political, religious or ideological purpose, objective or cause.” Veltman has no known ties to any extremist or hate groups. Earlier, the police chief of London, Ontario, where the attack took place, said that the suspect apparently acted alone.

Police treated the incident as a hate crime immediately after the attack, saying they believed the family was deliberately targeted “because of their Islamic faith”, without providing further details.

According to Canadian media reports, the suspect was wearing what looked like a military-style helmet and a vest at the time of the incident, and had his vehicle outfitted with a ram bar. The reports also said that court records of his parents’ divorce dating back to 2016 described Veltman as a person with some “mental health needs,” who received some medication and counselling.

Four people were killed in the incident, including a 15-year-old girl, her parents and a grandmother. A nine-year-old boy survived, but suffered serious injuries and was only recently discharged from hospital. (RT)