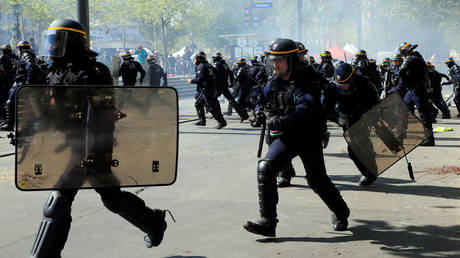 Police officers in riot gear run during a demonstration of the yellow vests movement in Paris, France, April 20, 2019 ©  REUTERS/Gonzalo Fuentes

France’s highest administrative court has ruled against a contentious government plan for law enforcement measures, which critics have branded an attempt to crack down on demonstrators and freedom of the press.

The Council of State, which advises the French government on the preparation of legislation, said on Thursday it was “canceling” four elements of a government proposal published in September, including measures against journalists and demonstrators.

“While this technique may be necessary in certain specific circumstances, it is likely to significantly affect the freedom to demonstrate,” the Council said. (RT)