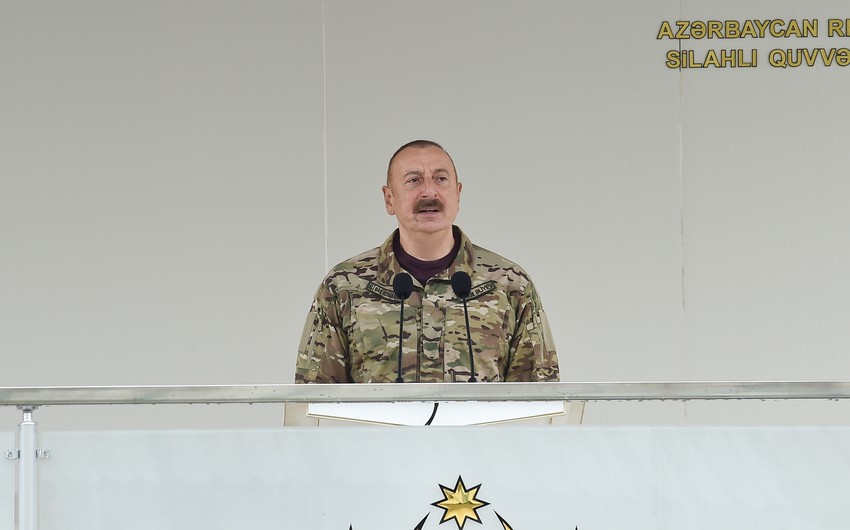 Process of army building after the second Karabakh war is in full swing, President of the Republic of Azerbaijan Ilham Aliyev said at a solemn ceremony to hand over the battle flag to the commando military unit as part of his visit to Kalbajar district, Report informs, citing AZERTAC.