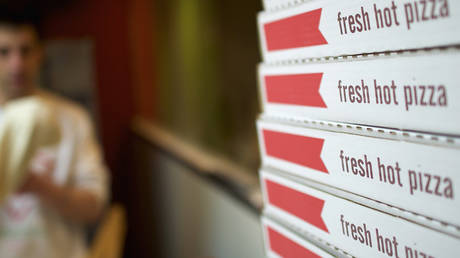 A supposedly ‘feel-good’ story about an 89-year-old pizza delivery man receiving a huge tip to help pay his monthly bills backfired, with social media users more angered that the octogenarian had to work into old age to survive.

Derlin Newey from Utah’s Weber County works 30 hours a week delivering pizzas for Papa John’s because he can’t afford his monthly bills on social security alone. The man’s story gained attention after Carlos Valdez, a TikToker who got to know him through his deliveries, raised $12 thousand from his followers, gave the money to Newey as a tip, and filmed the whole thing.

“How do I ever say thank you? I don’t know what to say,” the elderly delivery man said, as he began to cry.

89-year old Derlin Newey is a pizza delivery man who received a surprise delivery of his own today. A couple who got to know him from his pizza deliveries raised $12,000 to help him out. He had no idea. The full story runs tonight on @KSL5TV at 6. #ksltv#goodnewspic.twitter.com/Z83K5LTKPh

Local NBC affiliate KSL-TV broadly presented the situation as a heartfelt, uplifting story which showed that “being kind really pays off” – although the news segment did show Valdez commenting that “somebody at that age should not be working that much.” (RT)

‘I’ve been waiting for this role all my life!’ Synchronized swimming queen Chigireva shows off mermaid skills