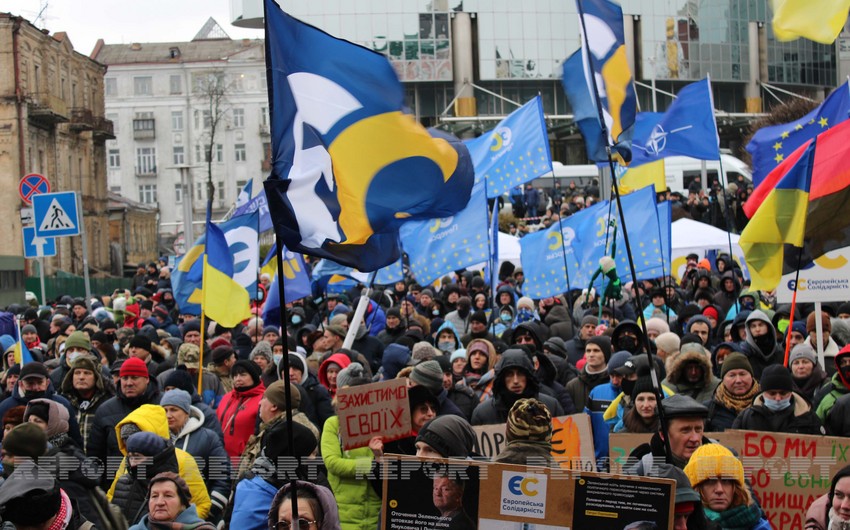 Supporters of former Ukrainian President Petro Poroshenko, chairman of the European Solidarity Party, are holding a protest, Report’s Eastern Europe bureau reports that they are gathered outside the Pechersk district court in Kyiv to demand the dismissal of charges against the ex-president.

An attempt was made to arrest Poroshenko at the Borispol airport upon return to Ukraine from Poland this morning, but his passport was returned and he was released.

He was brought before a judge in the afternoon, and the trial continues.

During a court break, Poroshenko told supporters that he had come to Ukraine not to fight President Volodymyr Zelensky, but to fight for his war-torn country. He stressed that the struggle will continue until victory.

In his speech, the public prosecutor demanded the arrest of Poroshenko, or bail of UAH1 billion hryvnias.