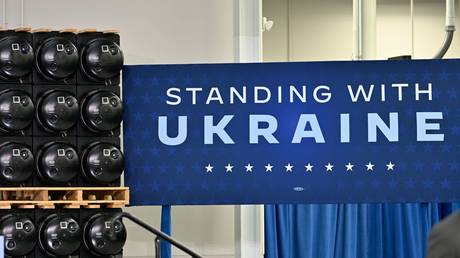 Most American voters on both sides of the aisle don’t see the conflict as a top priority, a new survey suggests FILE PHOTO. Javelin anti-tank missiles intended for Ukraine at a Lockheed Martin facility © Getty Images / Anadolu Agency

The ongoing military conflict between Russia and Ukraine is not seen as a top priority by US voters, according to a new Morning Consult poll, which asked over 2,000 people about the foreign policy issues they wished the government would focus on.

According to the survey, which was published on Tuesday, Democratic voters cared more about things like climate change and preventing another global pandemic, while Republicans wished the government would focus on immigration, terrorism and drug trafficking. Support for Ukraine only ranked sixth among Democrats and tenth among Republicans.

It comes as the Biden administration has already committed close to $20 billion in security assistance to Ukraine and is seeking to push through an additional $37.7 billion aid package before Democrats lose control of the House. The incoming Republican majority has already suggested it will not support any more massive aid packages for Kiev once it takes over control of the House early next year. 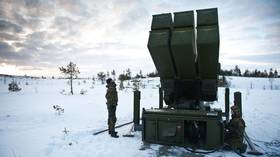 GOP leader Kevin McCarthy had previously stated that Congress would not be offering a “blank check” to Ukraine, while Michael McCaul, the top Republican on the House Foreign Affairs Committee, is insisting on more “oversight, transparency and accountability” in Washington’s support for Kiev.

US assistance to Ukraine in the form of anti-Russian sanctions, as well as military and humanitarian packages, was backed by a vast majority of Americans in the early months of the conflict, which started in late February. However, that support appears to have significantly diminished over the nine months that the conflict has dragged on.

According to recent polls, such as the Quincy Institute for Responsible Statecraft and Data for Progress survey published in September, most Americans have grown weary of the issue and wish the US would focus on pursuing diplomatic negotiations to bring an end to the conflict as soon as possible, instead of continuing to simply provide military aid to Kiev. (RT)