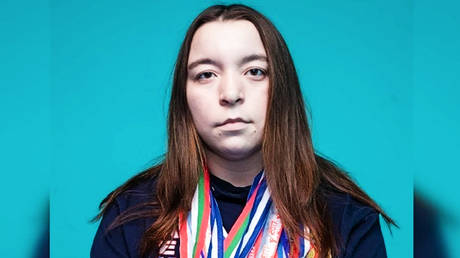 The shocked coach of a tragic taekwondo starlet who won European gold less than a month ago says there is no obvious cause of her death at the age of 19, with messages of support arriving from across Russia.

Perm University prodigy Arina Biktimirova is said to have suddenly died at home in the city where she studied on Monday, leaving her parents mourning their only child.

“We cannot understand what could have happened to her health,” Biktimirova’s coach, Daniel Gorbunov, told KP.RU.

“Arina did not have any chronic diseases. Before each competition, athletes are not just checked, but literally ‘shine through’.

“Arina, when she was checked before going to the European Championship, was completely healthy. What has happened [has made] us too shocked.”

According to the outlet, Biktimirova’s relatives said she had been fine and did not report feeling unwell when she recently spent a day off at home.

Her parents are said to have been woken by her wheezing and losing consciousness the following morning. (RT)