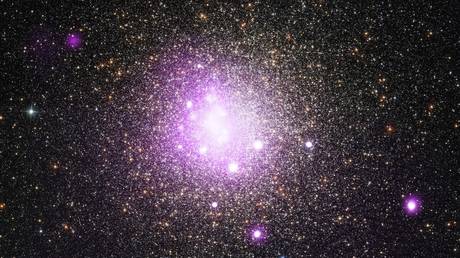 New findings show that when stars die they gently sprinkle chemical-rich ashes throughout the cosmos. The revelation helps to explain how the element carbon arrived in the Milky Way.

The study, published in Nature Astronomy on Monday, revealed that the final breaths of white dwarfs pollinate space with their element-rich-ashes via stellar winds, spreading chemical elements such as carbon across outer space.

White dwarfs are understood to be the final evolutionary state of stars whose mass has not become high enough to reach that of a neutron star.

“The findings pose new, stringent constraints on how and when carbon was produced by stars of our galaxy,” says Jeffrey Cummings, an Associate Research Scientist in the Johns Hopkins University’s Department of Physics & Astronomy and an author of the paper.

Read more:   Some of work and service areas resume activity in Azerbaijan

Also on rt.com Breakthrough in dark matter mystery as neutral hydrogen from other galaxies detected for first time

This helps explain how and why the universe ended up littered with the raw material necessary to form our own planetary system.

Carbon, the main element in organic compounds, was essential to the emergence of life on Earth. Although fundamental, its origins are still misunderstood and debated in the astrophysics community.

Some believe it to be sourced via white dwarfs and solar winds, others think that it was blown across infinity from an exploded supernova.