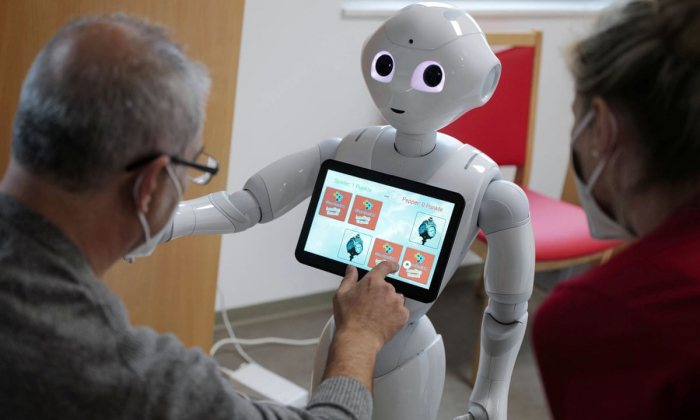 Ever wondered what Apple’s virtual assistant is thinking when she says she doesn’t have an answer for that request? Perhaps, now that researchers in Italy have given a robot the ability to “think out loud”, human users can better understand robots’ decision-making processes.

“There is a link between inner speech and subconsciousness [in humans], so we wanted to investigate this link in a robot,” said the study’s lead author, Arianna Pipitone from the University of Palermo.

The researchers programmed a robot called Pepper, made by SoftBank Robotics, with the ability to vocalise its thought processes. This means the robot is no longer a “black box” and its underlying decision-making is more transparent to the user.

This can be particularly beneficial in cases when a request is not heeded. The robot can explain in layperson’s terms whether, for instance, a particular object is unreachable, the required movement is not feasible, or a component of the robot is not working properly.

In a series of experiments, the researchers sought to explore how this inner speech affects the robot’s actions. In one instance, it was decided the Pepper would help a human user set a dinner table in line with etiquette rules.

When the human user asked Pepper to contradict the rules of etiquette by placing the napkin at the wrong spot, the robot started talking to itself, concluding that the human may be confused and enquiring whether it should proceed with the action. Once the user confirmed his request, Pepper said to himself: “This situation upsets me. I would never break the rules, but I can’t upset him, so I’m doing what he wants,” placing the napkin in the spot requested.

By comparing Pepper’s performance with and without inner speech, the researchers found Pepper had a higher task-completion rate when engaging in self-dialogue, according to the study, published in the journal iScience.

This inner speech capability could be useful in cases where robots and humans are collaborating; for example, it could be used for caregiver robots, said Antonio Chella, a professor of robotics at the University of Palermo who is also an author of the study.

“Of course, there are many other situations where this kind of technology could be annoying. So, for example, if I give a precise command: “Alexa, turn off the light,” inner speech maybe not so useful because I want the robot to just obey my command,” he said.

For now, a computational model of inner speech has been incorporated into the robot, he added. “Maybe … one day there will be a robot that spontaneously generates speech.”