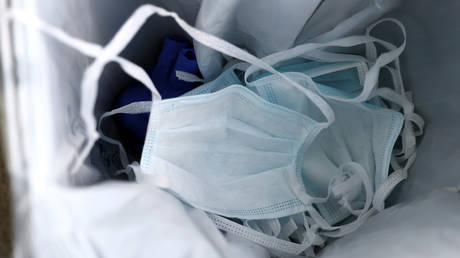 The coronavirus pandemic “triggered significant mortality increases” last year across Europe, in the US and Latin America, a study from Oxford scientists shows. The virus has cut life expectancy by as much as 2.2 years.

Life expectancy, or the average age to which a newborn would live if current death rates continued throughout its lifespan, has significantly reduced in most European countries and the US, according to the latest study by researchers from Oxford’s Leverhulme Center for Demographic Science. Having calculated the most widely used metric of population health and longevity, scientists said years of previous gains have been wiped out by the pandemic.

Having assumed that more than 1.8 million people died from Covid-19 around the world last year, researchers concluded that life expectancy at birth declined for both men and women from 2019 to 2020 in 27 out of 29 studied countries, that includes Eastern and Western Europe, the US and Chile. No reduction in life expectancy was found in women in Finland, nor in men and women in Denmark and Norway.

Losses of more than an entire year were documented in 11 countries for men and eight among women, scientists announced, stating that “reductions were mostly attributable to increased mortality above age 60 years and to official Covid-19 deaths.” Males in the US and Lithuania have been affected the worst, with their life expectancy plummeting by 2.2 and 1.7 years respectively.

“The Covid-19 pandemic triggered significant mortality increases in 2020 of a magnitude not witnessed since World War II in Western Europe,” wrote the authors of the study, published in the International Journal of Epidemiology on Sunday.

Coronavirus also indirectly affected increased mortality from other causes of death, according to the study, which suggested that delayed treatments or avoidance of care-seeking for cancers or cardiovascular diseases resulted in higher mortality from these conditions. On the other hand, the number of deaths due to accidents reduced during lockdowns. (RT)