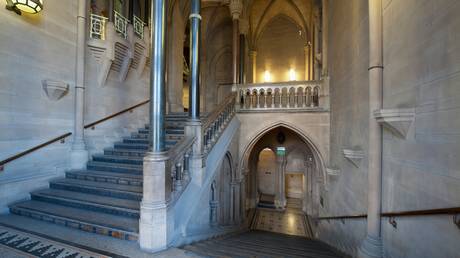 FILE PHOTO. A stairwell of the Whitworth Building at the University of Manchester. ©Loop Images / Universal Images Group via Getty Images

A top British university is investigating a PhD candidate’s paper on his use of ‘shota’ manga FILE PHOTO. A stairwell of the Whitworth Building at the University of Manchester. ©Loop Images / Universal Images Group via Getty Images

Andersson claimed he researched “shota” manga to explore “whether or how sexual desire for fictional boys is connected to sexual attraction to actual children” – a question he said aficionados of such content sometimes expressed.