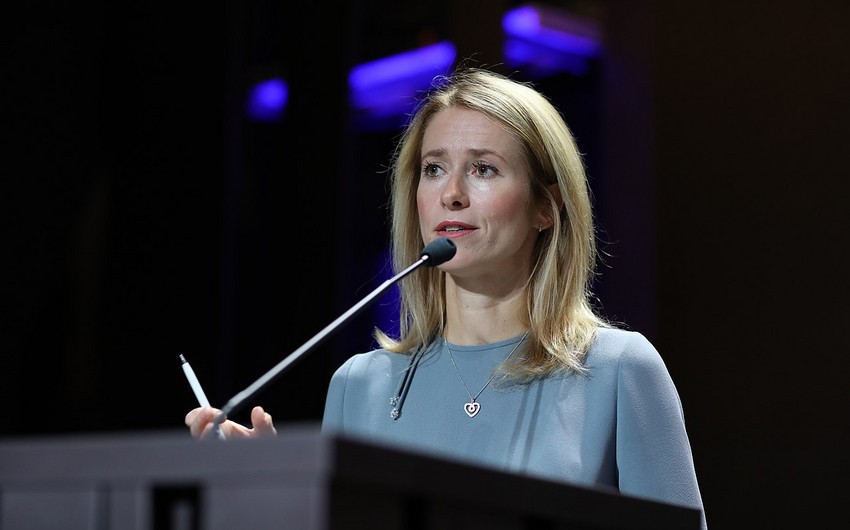 There is no point in talking to Vladimir Putin if we really want him to understand he is isolated, Estonia’s Prime Minister Kaja Kallas told EURACTIV in what can be seen as a thinly veiled criticism of largely unsuccessful phone diplomacy with Moscow, Report informs.

“I feel that if everybody is constantly calling him, he doesn’t get the message that he’s isolated. So if we want to get the message through that actually ‘you are isolated’, don’t call him – there’s no point,” she repeated a message she had told an international audience the same day.

“He feels that he’s the center of attention because everybody wants to talk to him. But what do we get out of this? I don’t see any results, because after all these talks, Bucha happened, Irpin happened – we don’t see any signs of de-escalation,” she added.

French President Emmanuel Macron, who together with German Chancellor Olaf Scholz has been trying to negotiate a resolution to the conflict in Ukraine, said earlier this week that Russia and Ukraine would have to come to a negotiated truce and that peace efforts would not be served by Russia’s “humiliation”.

Asked if it would make sense to ‘keep diplomatic channels open’, Kallas told EURACTIV in an exclusive interview said she personally does not see “any point in talking to him”.

Over the past few months, France and Germany have faced increased criticism for being responsible for a failed Minsk peace process, which has sought to halt the war in Ukraine’s east that began when Russia-backed separatists seized swaths of territory following Russia’s 2014 annexation of the Crimean Peninsula.