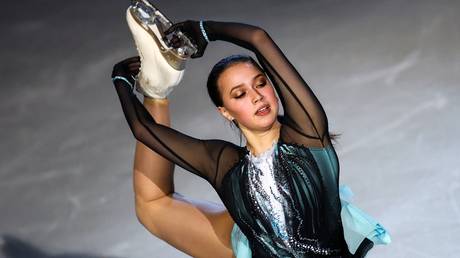 The President of the Russian Figure Skating Federation, Aleksandr Gorshkov, has issued a seemingly irritated reply to never-ending questions about Alina Zagitova’s return, asking journalists to stop bothering him over the issue.

The Olympic champion and legendary ice dancer says he does not know whether the skater, who hasn’t competed for two years, will still be included in the national team next season.

“Will she still be a member of the national team? How can I tell you now if we have the Executive Committee meeting only in the middle of May?” Gorshkov asked.

“My personal opinion? God, stop asking me! I have nothing to do with that,” the Russian figure skating boss added, apparently tired of fielding questions about Zagitova’s future.

The reigning Olympic gold medalist took a break from competitive skating in 2019 immediately after finishing last at the ISU Grand Prix, losing to younger teammates with more complex technical content.

Zagitova, who lacked the quads or triple axels of her ambitious teammates, decided to halt her professional career after suffering several defeats to the quad-jumping juniors.

She rejected rumors about her possible retirement, promising to resume her career after taking a well-deserved break. However, with every new season missed her return seems to be less and less realistic.

Having abandoned her full-time training, Russia’s most decorated female skater has concentrated on studying and developing her TV career, including being invited to host popular figure skating show ‘Ice Age’.

Zagitova is the only Russian skater to scoop all the major titles that exist in figure skating, including the Olympic gold, along with world and European trophies. (RT)