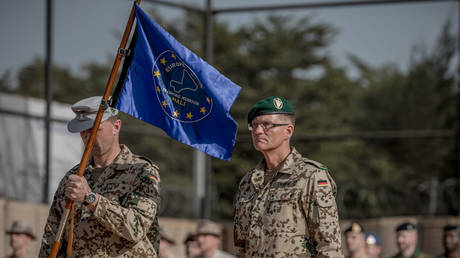 NATO Secretary General Jens Stoltenberg has taken the time to contest the French president’s bombshell diagnosis of the bloc, saying that Europe can’t rely on the EU alone, and singing the praises of the US.

Stoltenberg couldn’t resist debating Emmanuel Macron’s famous Economist interview, arguing that his organization is far from being dead. Or, at the very least, that its brain is still alive.

“European unity cannot replace Transatlantic unity as we need both,” he told reporters on Tuesday. One has to understand that “especially after Brexit, the EU cannot defend Europe.” Stoltenberg also kindly reminded that over 80 percent of NATO’s military spending will come from “non-EU allies.” (RT)