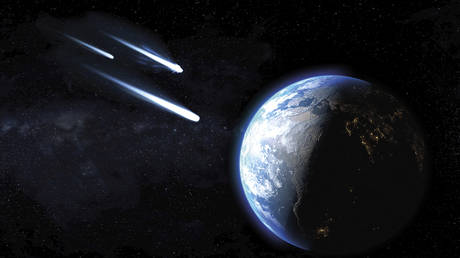 In its latest bulletin, NASA has warned of five Near-Earth Objects headed towards our planet this week, one of which is larger than the Statue of Liberty. Meanwhile, the agency is gearing up for its asteroid-sampling mission.

It’ll be a ferocious finale to September, as five space rocks measuring between 11 meters and 110 meters in diameter are due in just three days.

On Tuesday, the behemoth 2020 PM7, which has a diameter of 110 meters, will shoot past at a safe distance of 2.8 million km. The giant rock is equivalent to 30 Volkswagen Beetles end-to-end, or about one-and-one-fifth times as tall as the Statue of Liberty. 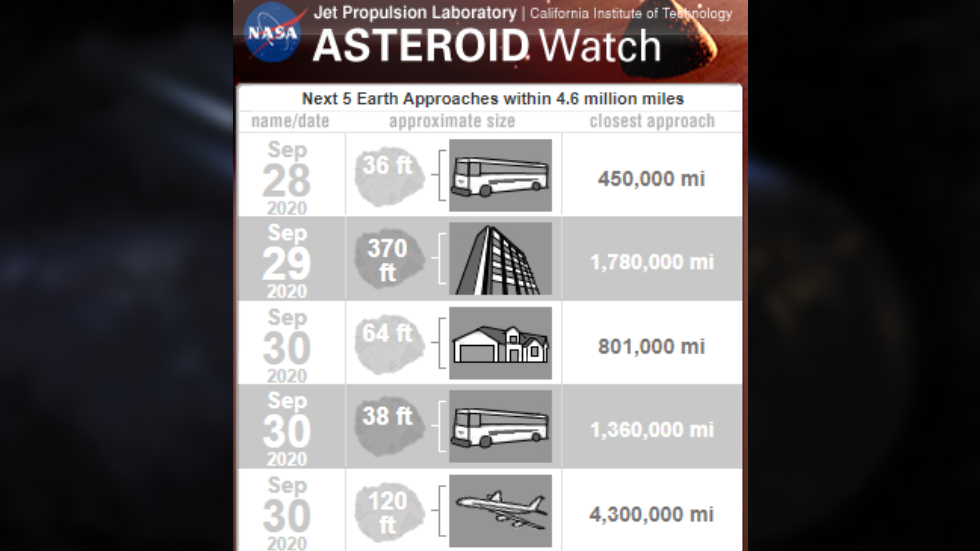 To close the show, on September 30, three space rocks will fly by our planetary backyard:

Meanwhile, NASA boffins are busy preparing for the agency’s first-ever asteroid-sampling mission, following in the footsteps of Japanese space agency JAXA’s success on board the asteroid Ryugu.

On October 20, NASA’s OSIRIS-REx probe will touch down on the 1,640ft-wide (500 meter) space rock Bennu, having hovered in orbit for the past two years.

The end zone is a small crater dubbed Nightingale, with the probe aiming to hit a 26ft-wide (8 meter) boulder-free target zone from which to take samples.

“This spot is just the width of a few parking places and is surrounded by large, boulder-like structures the size of small buildings,” said Mike Moreau, OSIRIS-REx deputy project manager at NASA’s Goddard Space Flight Center.