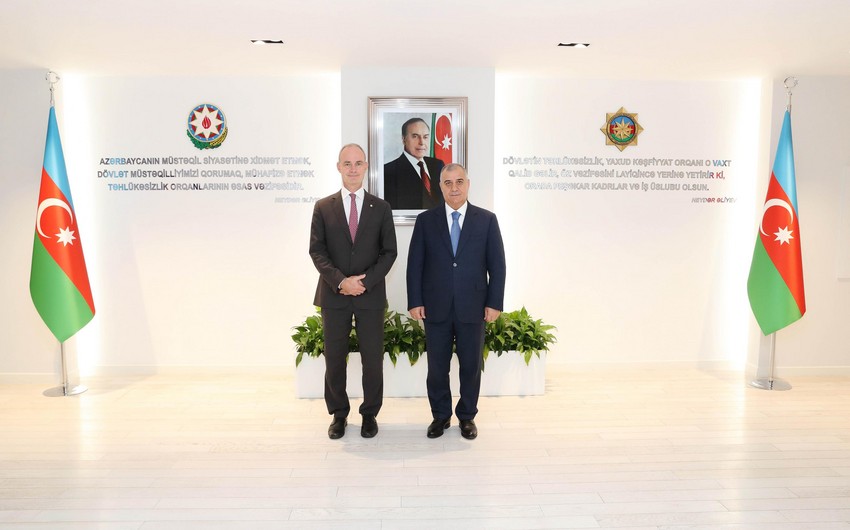 On October 19, the head of Azerbaijan’s State Security Service, Chairman of the State Commission on Prisoners of War, Hostages and Missing Persons Ali Nagiyev received a delegation led by Vice-President of the International Committee of the Red Cross (ICRC) Gilles Carbonnier, Report informs referring to the State Security Service.

The meeting participants discussed the existing relations between the ICRC and Azerbaijan, issues of mutual interest related to the implementation of the Organization’s humanitarian mission.

Referring to the search for Azerbaijani citizens who went missing in the First and Second Karabakh wars, Colonel-General Ali Nagiyev expressed hope that the ICRC will continue to play an active role in this matter. It was also noted that, taking into account the new realities of the region, visits of ICRC representatives to the areas under the control of the Russian peacekeeping forces temporarily deployed in the Azerbaijani territory are possible only from the territory of the republic, and not from Armenia.

Read more:   Unified coordination centers for appeals of military personnel wounded in war to be created in Azerbaijan

The return of citizens of Azerbaijani origin and their family members from the Middle East, in particular, from Syria and Iraq, to Azerbaijan, was widely discussed during the conversation.