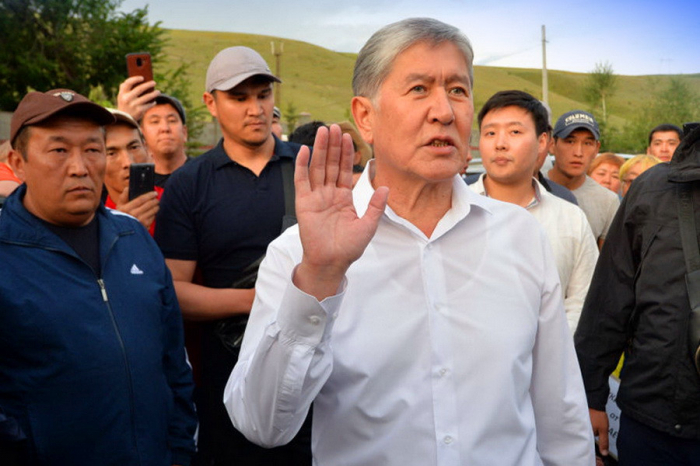 Deputies of the Parliament of Kyrgyzstan began to consider results of the work of the State Commission on Investigation of Events in Koi-Tash on August 7-8, according to the Kyrgyz media.

The actions of the State Committee for National Security and the Ministry of Internal Affairs, despite the shortcomings, in accordance with the Constitution and legislation, were carried out legally. Atambayev and his supporters are to blame for the riots in Koi-Tash.

The conclusion on the events in Koi-Tash on August 7-8 was adopted by the State Commission and signed by all its members. Ex-judge Klara Sooronkulova has a dissenting opinion.

An earthquake of 4.8 magnitude shook Turkey’s western province of Manisa on Tuesday, according to…

Another global producer involved in cargo transportation via BTK

While taking advantage of the wide capabilities of the Baku-Tbilisi-Kars (BTK) railway, this railway is…

The Iranian threat to withdraw from the Nuclear Non-Proliferation Treaty, or NPT, moved forward on…

Russia’s tourism industry will be badly hit by the outbreak of the new Chinese coronavirus.…

Azerbaijan, Iran, and Georgia established an electron corridor for the transit of cargo, Head of…