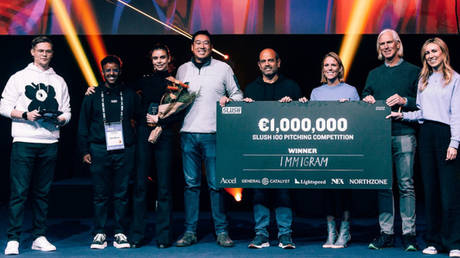 The organizers of the annual Helsinki-based Slush start-up and tech conference have disqualified this year’s competition winner, ‘Immigram’, from the contest after it was revealed that the founders had ties to Russian investors and held Russian passports.

‘Immigram’ is a London-based talent immigration platform founded in 2019 by Anastasia Mirolyubova and Mikhail Sharonov. The start-up focuses on relocating IT specialists from countries like India, Nigeria, Brazil, Ukraine, and Russia to the UK.

However, after their win was announced, a number of critics blasted the Slush organizers as “tone deaf” for granting the victory to a company that has ties to and operates in Russia amid the ongoing conflict between Moscow and Kiev. Some were further outraged that a Ukrainian start-up, Zeely, was only granted second place in the competition. 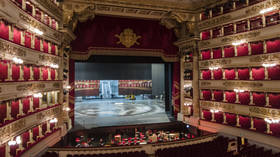 Mirolyubova, who has lived in the UK since 2016, said in a LinkedIn post on Sunday that although she cannot directly relate to the suffering of the Ukrainian people, she “stands with Ukraine” and does not support Russia’s actions and never has. She also vowed to donate $100,000 of the prize money to Ukrainian NGOs.

Despite that, Mirolyubova said she has started receiving death threats for “rightfully winning a startup competition with a wrong color of the passport.”

“The very nature of Immigram is to help talents (from small Indian towns to Nigerian villages) with any passport to live and work in developed countries without racism, xenophobia and hate … I wanted my business to be judged, not my nationality,” she wrote.

Nevertheless, on Monday, Slush’s official Twitter account posted a message, announcing that Immigram’s win would be revoked “in light of new information” on the extent of the company’s operations in Russia. The organizers also asked all funds to pull their investments from the platform.

Since Russia launched its military offensive against Ukraine in late February, a number of Western and international companies, private investors and even cultural institutions have been distancing themselves or have outright cut ties with anything related to Russia, while many others have completely pulled their businesses out of the country. (RT)